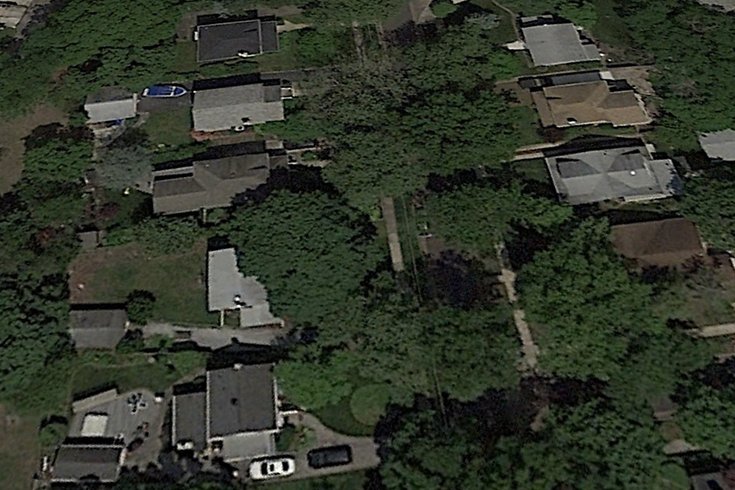 Tree-lined Burrwood Avenue, at center, in Haddon Township, Camden County, is in one real estate "hot pocket" where homesellers are seeing multiple offers, bidding wars and sales prices above their listing prices, according to a local Realtor.

Residential real estate prices in South Jersey near Philadelphia seem to be continuing a steady comeback – at least in some areas.

He mentioned the Haddons – Haddon Township, Haddon Heights and Haddonfield – in particular.

All three Camden County towns have strong schools and are on or near the PATCO rail line, making them attractive to young families, especially those who work in Philadelphia but want to live in the suburbs.

In all of those towns, interested buyers outnumber available inventory, he said.

Moorestown, in Burlington County, further from Philadelphia and off the PATCO line, has also maintained a steady interest from buyers, said Rego, even though homes there are priced much higher than most residences in the region. But buyers looking for larger lots and good schools are drawn to Moorestown, added Rego.

Some other towns – he pointed to Cherry Hill as one – are not drawing the same degree of interest from buyers.

But in the "hot pockets," multiple offers on homes are driving sale prices above listing prices, said Rego, who expected to close between 30 and 40 sales over the holiday weekend.

As an example of buyer interest, a property on Burrwood Avenue in the Bluebird section of Haddon Township was listed at $399,000 sold on June 26 for $420,000. There were multiple offers on the property.

The 1924 home with three bedrooms and 2.5 baths and 2,300 square feet sold for slightly more than 5 percent above its asking price even though it was already priced well above the value of neighboring homes.

More Millennials are home-hunting after sitting on the sidelines, and they want "move-in ready" homes, says Nick Mink, mortgage manager

The listing agent for the property, John Kennedy of Coldwell Banker in Haddonfield, said the sale showed the strength of the so-called “Spring Selling Season,” which in the real estate industry runs until the end of June.

He said the home was on the market just two days and there were eight offers made, a trend he is seeing more frequently in Haddon Township and Haddonfield.

Nick Mink, a manager for Guaranteed Rate mortgages in Haddon Township and Philadelphia, said the close of the spring real estate season, combined with tight inventories, have pushed fence-sitters into the market.

He’s aware of several bidding battles which ended with “best and final offers,” a term he’s not heard since before the real estate bubble burst in 2008.

“They have credit, jobs, but it takes time,” said Mink.