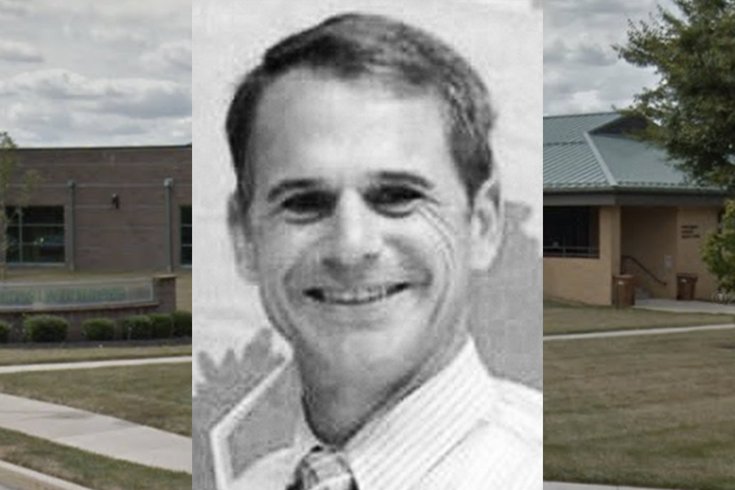 Michael Gommer, 41, was a detective with the Upper Dublin Police Department. He died December 30 at home while off-duty.

An investigation triggered by the death of an off-duty detective in December has exposed irregularities and missing evidence, including illegal drugs, at the Upper Dublin Police Department.

The detective, Michael W. Gommer, had oversight of the department's evidence room, where $7,183.40 in cash and a variety of drugs, including pills, cocaine, heroin and marijuana, went missing, according to an independent review by the Montgomery County Detective Bureau. No guns or other evidence­ among thousands of items held in the room were compromised or missing, authorities said.

Gommer, 41, who died Dec. 30, 2016 at his home while off-duty, had a "significant and undetected drug issue, which led to his stealing from the evidence room," said Montgomery County District Attorney Kevin R. Steele, who announced the results of the review on Thursday afternoon at the Upper Dublin department. He was joined by the township's deputy police chief, Lee Benson.

"This law enforcement officer was able to hide his addiction from many people around him," Steele said in a statement. "His death and the subsequent ramifications for this police department starkly illustrate that no one anywhere is immune to the drug problem we are facing as a society and in Montgomery County and no group in any community is untouched by the scourge of drugs."

Authorities said Upper Dublin police discovered "potential irregularities" in the evidence room and requested an independent review by the district attorney's office in late December. The department cooperated with the investigation, which took a look at all evidence for cases initiated from 2010 to 2016 and spot checked monetary evidence prior to that initial date, authorities said.

The affected evidence is related to 75 adult criminal cases and 12 juvenile cases, including 11 open cases. The District Attorney's Office is in the process of notifying attorneys with involved cases.

New evidence control procedures have been implemented since the beginning of the year to prevent a reoccurrence, and the township is installing four interior evidence room surveillance cameras. The department will:

• Adopt a new two-person, two-lock rule to ensure that a minimum of two certified officers are involved in every phase of evidence recording, management and disposal;

• Ensure that a third officer, from the upper command of the police department, is involved whenever "high-value property" (such as drugs, cash or weapons) is involved;

Gommer lived in Media, Delaware County, according to an online death notice. A 1993 graduate of Sun Valley High School, he graduated from the Delaware County Community College Municipal Police Academy. He had previously worked for the Brookhaven and Upper Darby township police departments, and was an instructor for various law enforcement and first aid courses. A past member of the Parkside Fire Company, he was a Pennsylvania Department of Health EMT.

He is survived by his wife and four children.