Irregular blood pressure could be a sign of serious heart issues, study shows

Differences between blood pressure measurements in each arm could mean stroke, heart attack and angina are more likely 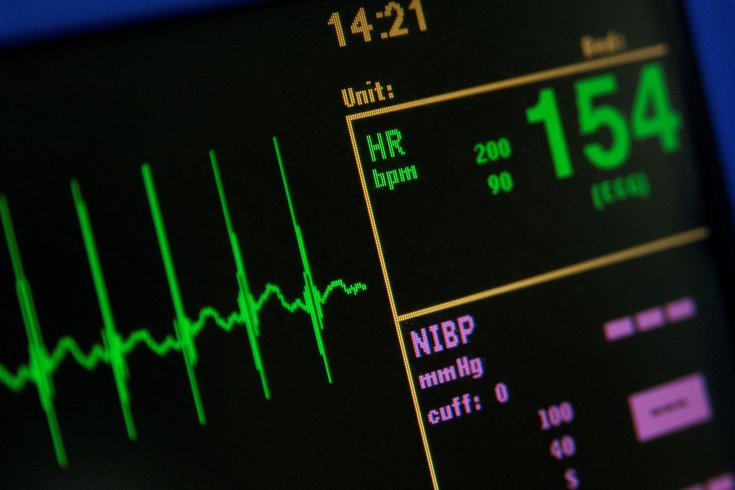 A study shows that differences between blood pressure in each arm could be an indicator of serious heart problems like stroke or heart attack. Measuring both arms at each doctors visit could identify issues earlier.

Differences in blood pressure between both arms could be an early indicator of a future heart attack or stroke.

A Meta-analysis of 24 global studies published in the journal of Hypertension showed that a significant disparity in the top blood pressure reading, known as systolic blood pressure, between both arms could be an early warning sign,CNN reported.

"Patients who require a blood pressure check should now expect that it's checked in both arms, at least once," said lead author Dr. Chris Clark in a statement to CNN.

The study found that the risk of having angina, heart attack or a stroke increased 1% for every degree of difference between the two arms over 10 millimeters of mercury over the next decade.

"Our research shows that the little extra time it takes to measure both arms could ultimately save lives," Clark said,

A difference of 5 millimeters of mercury between the two arms could "predict all-cause mortality, cardio- vascular mortality and cardiovascular events."

The study shows that the higher difference in blood pressure between the arms, the greater the risk.

Clark said it's important to measure blood pressure in both arms to start identifying who may be at a higher risk.

A 10 millimeter difference of mercury is traditionally considered normal, but a difference between the two arms could indicate stiffening or narrowing arteries, impacting blood flow.

The U.K. and the European Union use a 15 millimeter difference as its threshold of cardiovascular risk, the study said. However, authors of the study call on international guidelines to be reevaluated.

"We believe that a 10 mmHg difference can now reasonably be regarded as an upper limit of normal for systolic inter-arm blood pressure, when both arms are measured in sequence during routine clinical appointments," Victor Aboyans, research coauthor, said in a statement.

"This information should be incorporated into future guidelines and clinical practice in assessing cardiovascular risk," Aboyans said. "It would mean many more people were considered for treatment that could reduce their risk of heart attack, stroke and death."

Health practitioners should measure blood pressure in both arms, though Clark said this practice often gets overlooked.

"Whilst international guidelines currently recommend that this is done, it only happens around half of the time at best, usually due to time constraints," Clark said. "Checking one arm then the other with a routinely used blood pressure monitor is cheap and can be carried out in any healthcare setting, without the need for additional or expensive equipment."

There are ways to measure blood pressure at home, the study said. In fact, the AHA suggests that anyone who is worried about their blood pressure should monitor it regularly and keep a journal.

Upper-arm monitors or cut offs are more effective and reliable than wrist or finger monitors. Blood pressure should be taken at the same time each day, such as morning or evening, the AHA said. When measuring blood pressure, smoking, caffeinated beverages and exercise should be avoided for at least 30 minutes. Even going to the bathroom before can help better your reading.

"Your feet should be flat on the floor and your legs should not be crossed. Your arm should be supported on a flat surface (such as a table) with the upper arm at heart level," the AHA said.

Multiple measurements should be taken to make sure the machine works well and is measuring blood pressure correctly.