"My visit to Saudi Arabia changed all my perceptions" details the Penn State trustee's trip, and how the country isn't as bad as he thought it'd be 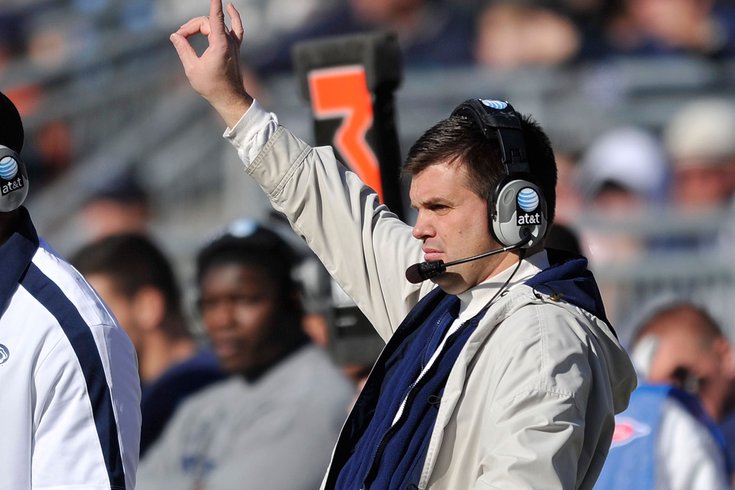 Jay Paterno of Penn State wears his father's coat in the first half. The Nebraska Cornhuskers defeated the Penn State Nittany Lions, 17-14, at Beaver Stadium in State College, Pennsylvania, on Saturday, November 12, 2011.

Paterno, who has been on Penn State's board of trustees since May 2017, penned "My visit to Saudi Arabia changed all my perceptions" for the Arab News on Sunday, a website which is published by the Saudi Arabian government.

The piece is all about Paterno's recent trip to the country and walks readers through its many virtues. There is literally a block quote that says, "The crown prince's visit to a number of countries played a great role in highlighting the potential and investment opportunities in the Kingdom."

The column, which was first noticed by SB Nation, then goes on to discuss the relationship between the U.S. and Saudi Arabia and how all of this is just a misunderstanding.

"While I may have come believing it was a closed country wanting to turn its back on the rest of the world, the opposite was true in everyone we met," Paterno wrote. "From routine interactions with ordinary people to bigger events, I found in the Saudi people a fierce pride of place in their home country."

And during Paterno's all-expense paid trip he also met "many young people sent by their government to be educated in the West" but most of them "shared a common desire not to remain in the West, but to use what they had learned to help build the Saudi future from within."

Then the real kicker. He mentions Saudi Arabian women and somehow was able to discern their collective desire to be "part of the change they seek in the world, and they want it to begin at home, understanding that it will not all happen today, next week or even within a few years."

"In my travels there, in cities and rural outposts, I saw a people and country that want the world to feel welcome to visit. The Kingdom is home to the holiest sites in Islam, and as such it has a long history of visitors from across the continents.

Located along the crossroads of Europe, Asia and Africa, in ancient times it drew people trading between the Mediterranean and the Indian Ocean. Spices from these trade routes blended into the cuisine. At every stop I was offered coffee or tea with dates or sweets. Meals meant tables of food with exotic scents and flavors that lingered delightfully on the palate long after the meal was over. ...

While I did not understand the Arabic prayers, the solemn tone of the spiritual moment needed no translation. The place, time and call gave me pause to tap into the vein of shared humanity that I had sought on this journey. I recognized that I stood at a place where all that had come before was a river of experience and faith that, after a pause to thank our Creator, was the current that carried us to life’s next step and the days beyond."

A request for comment from Penn State was not immediately answered.