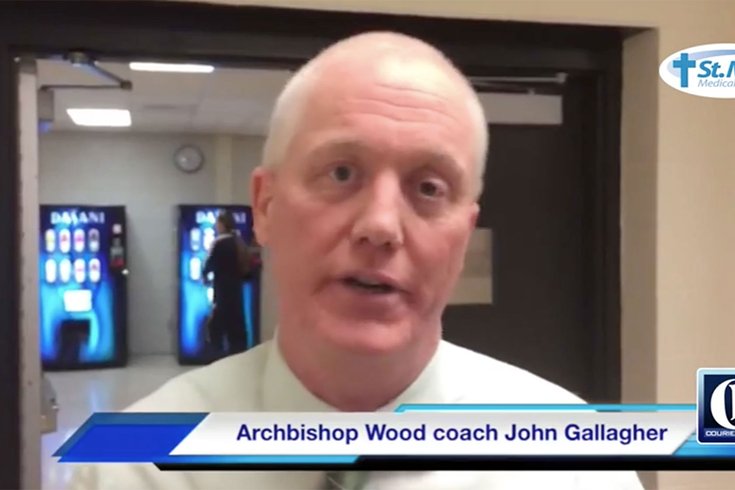 John Gallagher has resigned as coach of the Archbishop Wood girls basketball team.

John Gallagher, the Archbishop Wood girls’ basketball coach, resigned on Monday after being embroiled in a controversy involving emails to college coaches, a spokesman for the diocese confirmed Monday.

In a statement released by the Archdiocese spokesman Ken Gavin: “I can confirm that John Gallagher resigned as head coach of the girls varsity basketball program at Archbishop Wood High School effective today. The school is grateful for his past service and wishes him well in his future endeavors. In the interim period while the school begins the process of identifying and hiring a successor, Coach Mike McDonald will assume head coaching duties.”

The resignation comes after a controversy that involved multiple coaches and schools wound up in court as reported by PhillyVoice.com last week. Gallagher had been accused of being involved in an email that questioned the eligibility of players on the rival Neumann-Goretti girls basketball team, which is currently ranked No. 1 in the nation by USA Today. Gallagher has refused comment.

The email questioned the age of a pair of African students on the Neumann-Goretti roster, senior Christina Aborowa and junior Felicia “Fee” Aiyeotan. The email was sent to a number of college coaches, including Texas coach Karen Aston, hours after Aborowa had signed a national letter of intent with the Longhorns in November.

The email, under the pseudonym “Kyle dUNN” with the email address “ktginpa@XXX,” was circulated to other “undisclosed” coaches who could be recruiting the Neumann-Goretti players.