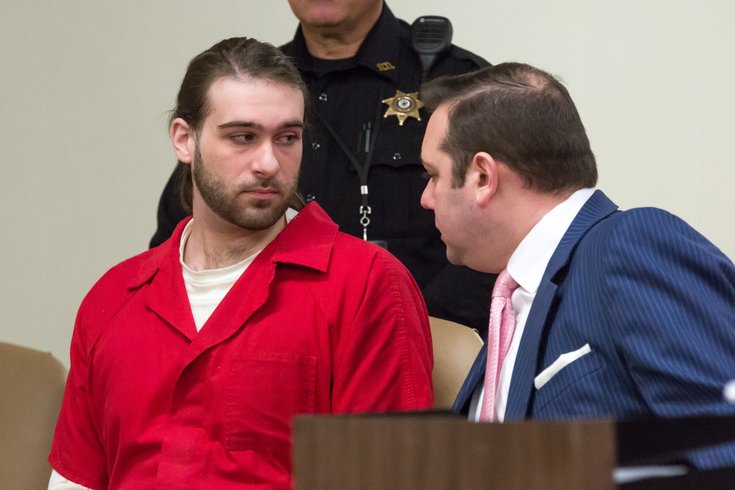 A judge on Monday morning delayed the start of David “DJ” Creato’s murder trial until April 10.

Camden County Superior Court Judge John T. Kelley granted an adjournment to allow the completion of a forensics report for Creato’s defense against a first-degree murder charge in the Oct. 13, 2015, death of his son, Brendan. Creato also faces a second-degree charge of endangering the welfare of a child.

The defense report is being prepared by Dr. Mark Taff, a pathologist who last year likened the Camden County Medical Examiner’s Office to “The Three Stooges” in an exclusive interview with PhillyVoice.

Creato is accused of killing his three-year-old son whose body was found in a creek about a half mile from the apartment shared by father and son.

The Camden County prosecutor alleges Creato killed his son to further a relationship with a now ex-girlfriend.

The prosecution has admitted the case is circumstantial, with no witnesses and no DNA evidence.

But they also contend the case is strong, with the boy last being in the care of his father and an extensive record of more than 9,000 messages between DJ Creato and his former girlfriend, Julia “Julie” Stensky of Feasterville, Bucks County.

Stensky's communications with Creato frequently centered on her anger and frustration about Brendan, according to authorities. The prosecution has also alleged Creato was subject to “manipulation” by Stensky, a then 17-year-old whom he met on an internet dating site. Stensky posted on a social media site that she and DJ were murder suspects long before his arrest.

Taff is a former medical examiner and is a professor at Mt. Sinai Hospital in New York. He was only recently retained by Richard J. Fuschino Jr., the Philadelphia attorney representing Creato.

Taff, who is board-certified in forensic and anatomic pathology, has previously criticized the apparent lack of protocols in the Creato investigation conducted by Camden County Medical Examiner Dr. Gerald Feigin and his staff.

Taff and other independent investigators told PhillyVoice they questioned why Feigin and his personnel had not followed step-by-step procedures laid out in a standard handbook for medical investigations with the slogan “Every scene. Every time,” on its cover.

The independent investigators contended that Feigin's office varied from those standard procedures in failing to immediately send a medical examiner to the scene of a suspicious pediatric death and then allowing a police detective to move the boy’s body from place of discovery, a task typically performed by a certified investigator trained to preserve evidence.

Three separate autopsies were performed on the toddler's body – a highly unusual number – by three separate pathologists, including Feigin.

And yet Feigin’s eventual call on the cause of death was the uncommonly used “homicide by unknown etiology,” an imprecise catch-all term. Feigin ruled the cause of Brendan’s death could include drowning, smothering or asphyxia.

“A nebulous diagnosis like this makes it hard to make a case” before a jury, Taff told PhillyVoice in April.

Fuschino has focused his legal attack of the prosecution's charges primarily on Feigin and his office, which serves Camden, Gloucester and Salem counties.

The case was first listed to go to trial in October, but delayed until January while Fuschino consulted with a pathologist.

Brendan’s body was discovered by a police dog in a small creek feeding into the Cooper River, near South Park Boulevard and Saginaw Avenue in Cooper River Park in October 2015. DJ Creato had called police about three hours earlier, reporting his son missing from their second-floor apartment. They lived in the Westmont section of Haddon Township.

He entered a not guilty plea last February.

The judge said he expects no further delays. He told the lawyers he expects to begin picking a jury on April 11.

The forensic report was expected to be done by early February, but the judge delayed starting the trial because of scheduling issues with other cases on his docket.