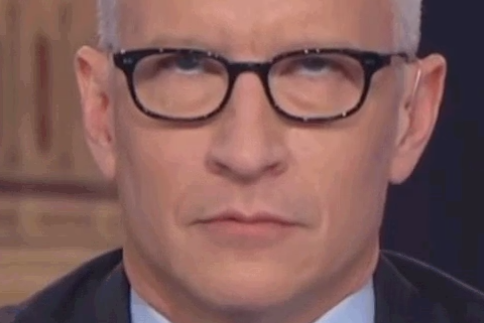 Counselor to the President Kellyanne Conway is firing back at a viral video clip of CNN's Anderson Cooper giving her a dramatic eye roll while she defended President Donald Trump's decision to fire FBI Director James Comey during an interview Tuesday night.

Conway appeared on"Fox & Friends" on Thursday morning and suggested that Cooper's move was linked to sexism.

"Hillary Clinton is in search of sexism as a lame excuse as for why her disastrous candidacy and campaign lost six months ago," she said. "I face sexism a lot of times when I show up for interviews like that. Could you imagine rolling your eyes, having a male anchor on a network roll eyes at Hillary Clinton? At somebody, a female representative spokeswoman for President Obama or President Bill Clinton? I think not."

Conway, who hails from Camden County, is referring to her appearance on "Anderson Cooper 360" Tuesday night. The popular news anchor questioned Conway on Trump's decision to fire Comey, the man in charge of investigating his campaign's ties to the Russian government.

Trump's administration said Comey's dismissal was due to his handling of former presidential candidate Hillary Clinton's emails, despite the move being widely praised by Trump.

Conway said that the choice had "nothing to do with Russia," while Cooper criticized the decision's timing.

CNN then played a montage of clips of Trump applauding Comey.

Cooper responded with an eye roll that has since been widely shared on social media as a GIF.

Watch their interview from CNN below: