The North Philly native is the latest Hollywood name linked to Quibi, a streaming service focused on shorter content 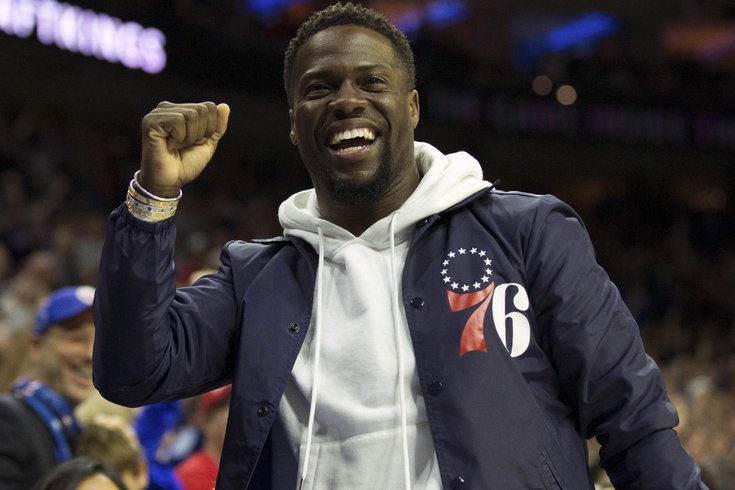 Kevin Hart, shown here at a Sixers playoff game, will star in the show "Action Series" on the upcoming streaming service Quibi.

Philly native and rabid Philadelphia sports fan Kevin Hart is set to take on the latest, and maybe the oddest, in his never-ending string of unique roles.

This time, Hart will play a fictionalized version of himself in a streaming show called "Action Scene", in which he fights his way through a series of "over-the-top" action sequences alongside Hollywood A-listers, according to Vulture.

Here's the full premise of what Vulture has termed a "short-form" streaming show:

"In the short-form series, Hart will star as a fictionalized version of himself on a quest to land the action movie role of a lifetime. After being rejected for the role, Kevin randomly encounters a leading A-List action movie star which inadvertently sets off a chain of events, causing Kevin to fight his way through a series of hilarious, over-the-top action sequences with the help of some of Hollywood’s biggest action movie heroes.”

"Action Scene" will be available on one of the newest names in media, Quibi, a streaming service set to launch in April. Quibi, from DreamWorks Animation's Jeffrey Katzenberg, is centered around programming that is substantially briefer than traditional television: Think 10-minute episodes.

It sounds like something that would have been a short-lived, mildly-successful web series around the mid-2000s.

If you're wondering why you would sign up for yet another streaming service, you're not alone: One producer told the Hollywood Reporter that Qiubi "seems like a thing that's never going to work."