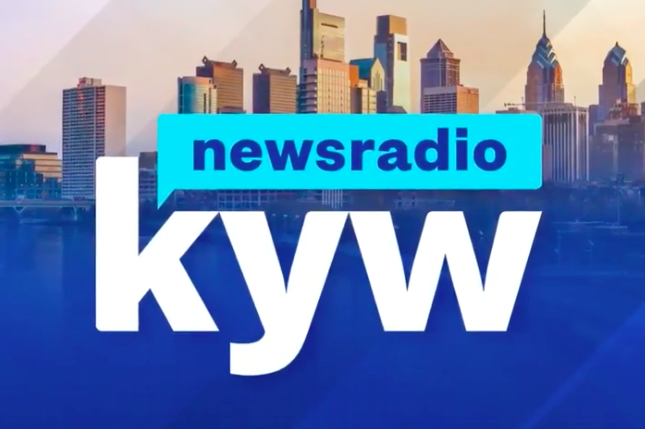 KYW Newsradio 1060 has jettisoned the signature teletype sound that accompanied its AM radio broadcasts in Philadelphia for decades.

A familiar sound in Philadelphia radio vanished from the airwaves in recent weeks, as KYW Newsradio 1060 chose to ditch the clicking teletype noise that has filled the background of broadcasts for decades.

The track, a relic from the era when teletype printers were common in newsrooms, had long been digitized and played on a loop from a flash drive for some time prior to its recent disappearance. An example of the unmistakable noise can be heard in the 1983 broadcast snippet below.

KYW brand manager and program director Alex Silverman gave the Inquirer a facetious explanation for the move on Thursday.

"They stopped making the ribbons for the trusty teletype in 1986, and our supply finally ran out – so alas, old reliable is out of commission until further notice," Silverman said. "As technology has evolved over the years, so has KYW Newsradio, and the sound of the station should reflect the modern, nimble, multi-platform news organization we've become."

The part about running out of supply created a bit of confusion on Twitter, where some people may have taken it literally. SportsRadio 94WIP brand manager Spike Eskin appears to have faked outrage over Silverman's comment. Both KYW and 94WIP are owned by Entercom, which switched the AM station's partnership from CBS3 to NBC10 earlier this year.

Just excuses again from @AlexSilverman. Are we to believe he couldn't find a new one on Ebay? Or simulate the sound some how. Does he think we are fools? https://t.co/eYiwVwBv0P pic.twitter.com/RyuhIeA0hm

“They stopped making the ribbons for the trusty teletype in 1986, and our supply finally ran out” https://t.co/jNAjnYLW4x

Silverman apologized for being tongue-in-cheek in addressing the change.

In a back-and-forth with former NBC and CBS news executive Steve Capus, a Philly-area native, Silverman said he acknowledged the nostalgic attachment listeners have for longstanding institutions in Philly, including the teletype.

Understood and appreciated. That the core mission remains the same is exactly my point. Our signature sounds have evolved to showcase that for every era. I’ll jump on your Action News analogy to add... long after radar, but not to this day.

In 2020, of all years, Silverman was able to rid KYW of the teletype — though he apparently wasn't the first to try it. A previous attempt was met with such strong backlash from callers that the station relented and restored the clicking sound.

The change is part of a broader effort to modernize the station, including the introduction of an updated KYW jingle last year.

I love that KYW Newsradio still runs that fake teletype sound in the background. It's one of the most distinctive audio brands in radio.

I absolutely LOVE how some news radio stations still play the teletype noise in the background. KYW Philly, 1010 WINS NYC. Others??

Best part of KYW, after you, of course, is the teletype sound effect. Enjoy!

Well, what can you do? If you close your eyes, you'll still be able to remember sitting in a car with a parent, the defroster blasting and snow melting from the roof down the windshield. The radio volume is dialed up absurdly loud, and as the teletype clicks and clacks, you gravely accept that your school's snow day number will not be called. At least your parents didn't make you wait for the bus that day.
Oh, that's right, KYW stopped announcing school closing numbers a few years ago, too. May the forsaken teletype join them in peace.