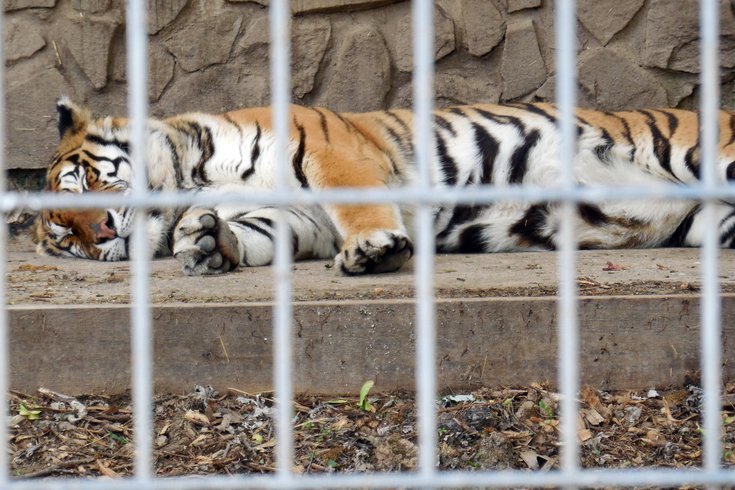 A Siberian tiger sits in its cage at the Animaland Zoological Park in Tioga County, Pennsylvania.

A Pennsylvania zoo keeps a number of animals, some endangered, in "cramped and deprived conditions," causing them to suffer "physically and psychologically," according to a lawsuit filed in federal court Wednesday by six concerned animal lovers.

The suit claims the Animaland Zoological Park in Wellsboro, Tioga County, is violating the Endangered Species Act in its treatment of a gray wolf and Siberian tiger.

Although the suit focuses on those two animals because of their endangered status, it also claims the care for two black bears, an arctic fox and three capuchin monkeys violate Pennsylvania State Game Commission regulations. 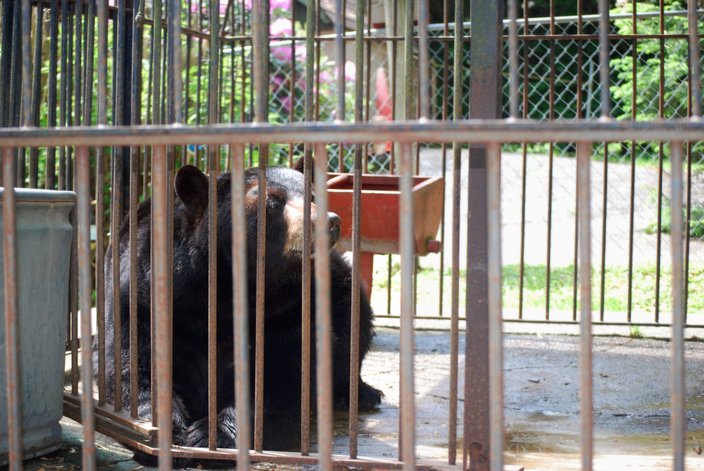 A black bear sits in its cage at the Animaland Zoological Park in Tioga County, Pennsylvania.

The defendants in the suit are owners James and Kathleen Melko. Attempts to reach the zoo for comment Wednesday afternoon were not immediately returned.


The lawsuit includes personal accounts from the six plaintiffs -- five Pennsylvanians and one New Yorker -- who make a number of observations from their trips to the park, including that the zoo "appeared run-down and understaffed," that the two bears appeared "lethargic" and "unable to freely move about" because of their small cages, and that the Siberian Tiger's enclosure lacked vegetation, among other things. 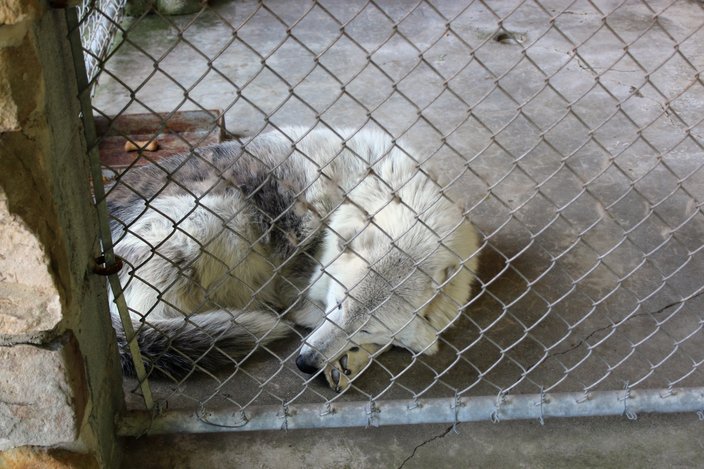 A gray wolf sits in its cage at the Animaland Zoological Park in Tioga County, Pennsylvania

Cited in the suit is an analysis from, Dr. Mary Denver, the former head veterinarian of the Maryland Zoo and the former President of the American Association of Zoo Veterinarians, who recently visited the zoo.

The suit, filed in the U.S. District Court for the Middle District of Pennsylvania, seeks to bar the zoo from ownership of endangered species and place a permanent injunction on its possession of all animals. It also seeks to have a special guardian appointed to find replacement homes for the animals.