The sold-out pop-up dining event, which returns to the city on Aug. 18, has been held all over Philadelphia 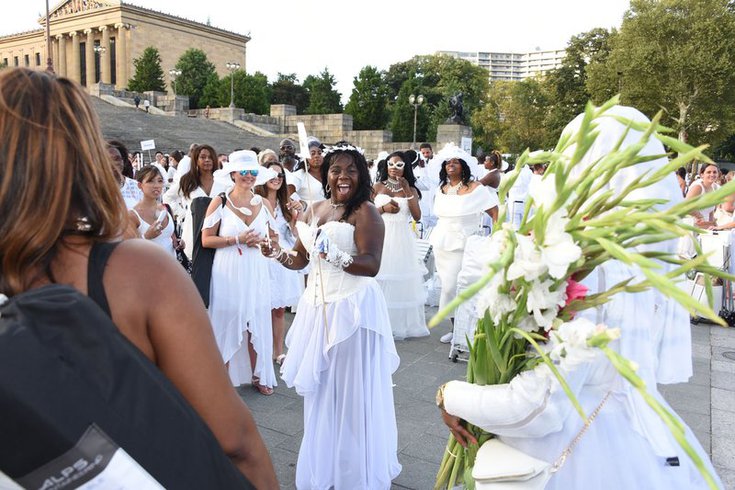 On Thursday, Aug. 18, Le Dîner en Blanc, a "chic picnic" held in a public space that requires all guests to wear white and bring their own food, will celebrate its tenth anniversary in Philadelphia in a secret location announced the day of the event.

A whimsical, mysterious dining event returns to the city this week, and participants won't even know where it's being held until that day.

Le Dîner en Blanc, a "chic picnic" held in a public space that requires all guests to wear white and bring their own food, celebrates its tenth anniversary in Philadelphia on Thursday, Aug. 18.

MORE: Arts Montco Week to return with concerts, workshops and a jazz festival

In order to participate in the exclusive event, guests must be members or be sponsored by members who attended previously. There is also a waitlist that non-members can join, in attempts to score an invite. Tickets, usually costing about $110 per pair, have sold out every year.

Along with dressing elegantly in all-white clothing, participants must bring their own table, chairs, picnic basket, cutlery, food and drinks. Wine and champagne are welcome, while beer and hard liquor are prohibited. 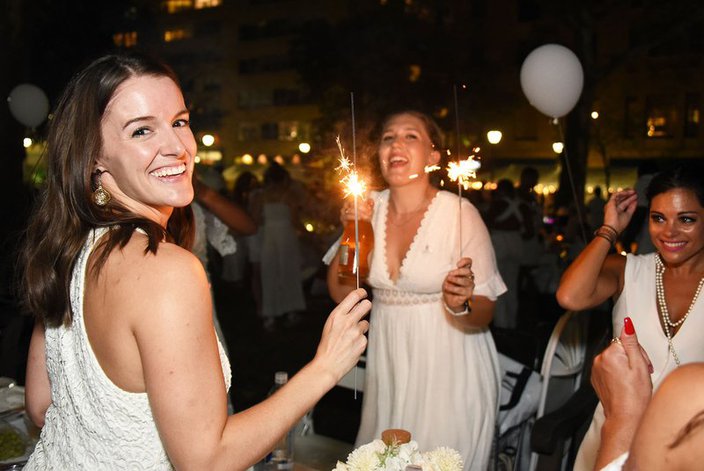 The night of the event, thousands of guests meet at a designated meeting spot, where they are led by Table Leaders to the "secret location" via coordinated public transportation or chartered buses. Table Leaders assign precise seating arrangements, where participants set up their goods and wait for their entire row to get settled before taking a seat.

Once situated, diners raise their white napkins to indicate that they have successfully occupied the public space, and therefore the event is starting. After dinner there is the lighting of sparklers, dancing and other entertainment, and the evening ends with everyone clearing their own trash before heading home.

Philly's inaugural Le Dîner en Blanc was hosted in 2012, but the event first started decades earlier in 1988 in Paris, France, as a gathering with a handful of friends. 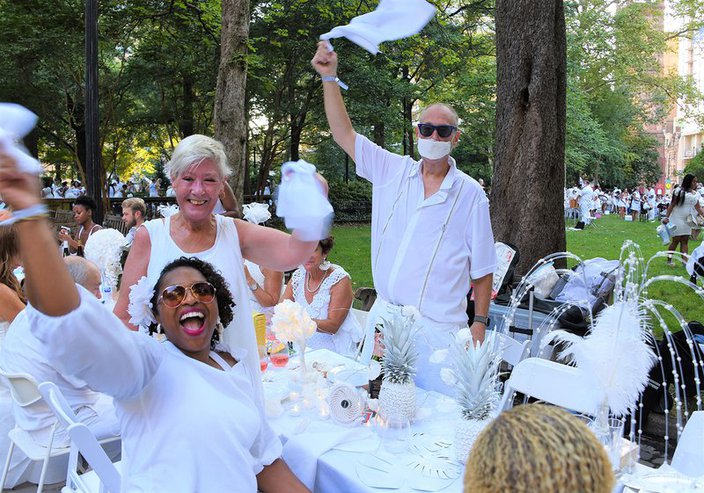 The event used to be strictly word-of-mouth, but now relies heavily on the internet and social media to spread information to participants (and to citizens who want to avoid the event). While the technology behind the event has been updated, the principles behind it remain the same: sharing a gourmet meal with friends in one of the city's most beautiful locations.

We may not yet know where Le Dîner en Blanc will be held in Philly this year, but we do know where it won't be held -- any of the public spaces the dinner was held over the past decade: 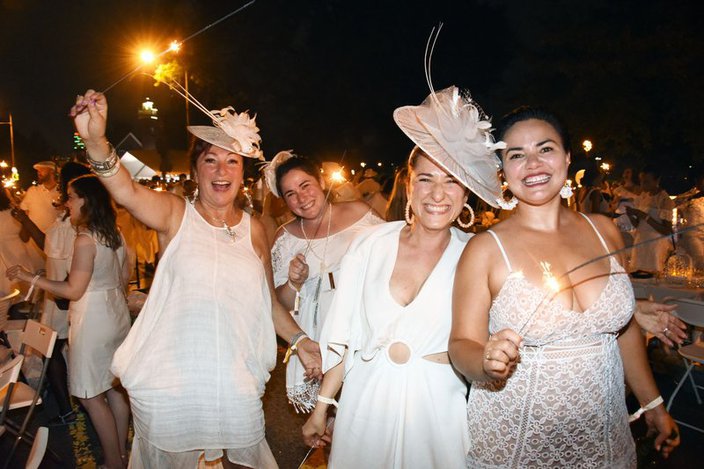 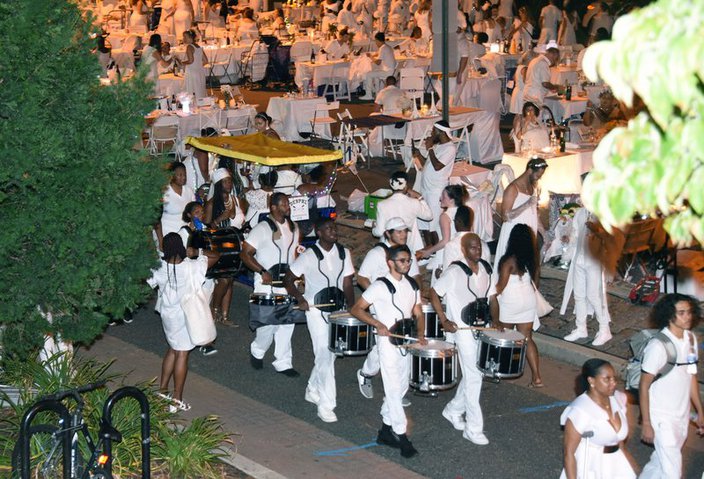 Le Dîner en Blanc may not be everyone's cup of tea, but we will surely keep our eyes peeled to the internet this week to see if there are any clues as to where the exclusive event will be held.