Life expectancy in New Jersey fell by 2.6 years during the first year of COVID

That decline was the third-largest drop-off in the United States, a new CDC report found. In Pennsylvania, it declined by 1.5 years 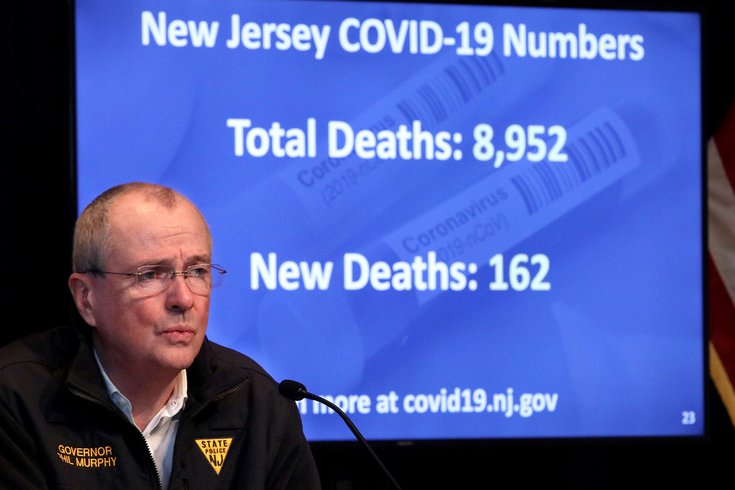 Life expectancy dropped in every U.S. state in 2020, when COVID-19 prompted a public health crisis unlike any since the 1919 influenza pandemic.

But only one state fared worse than New Jersey, where life expectancy declined by 2.6 years from the prior year, according to a new report from the U.S. Centers for Disease Control and Prevention. Life expectancy dropped by 3 years in New York and by 2.7 years in Washington, D.C.

Across the U.S., life expectancy dropped from 77 years in 2019 to 78.8 years in 2020 – a decline of 1.8 years. In Pennsylvania, it fell by 1.5 years. The COVID-19 pandemic and increases in unintentional injuries, particularly drug overdoses, were the main causes of the drop off, the report said.

"We haven't seen drops in life expectancy on this scale since World War II, and that's the important point because people sometimes don't think these numbers sound very big, especially when you're talking about fractional decreases in life expectancy," Dr. Steven Woolf, director emeritus of the Center on Society and Health at Virginia Commonwealth University, told Buzzfeed News. "But they're actually representing large losses of life."

COVID-19 was the third-leading cause of death in 2020, killing more than 350,000 people, a previous CDC report showed. And according to the National Safety Council, more than 83,500 people died from a drug overdoses.

The report adds to the growing evidence that there is a significant life expectancy gap between the U.S. and other developed countries. Even prior to COVID-19, life expectancy in the U.S. had declined in three straight years, from 2014 to 2017.

Women had longer life expectancies than men in every state and Washington. The difference ranged from 3.9 years in Utah to 7 years in Washington, D.C. Additionally, people who reached age 65 were projected to live an additional 18.5 years.