Brenda Allen has led the Chester County-based college since 2017 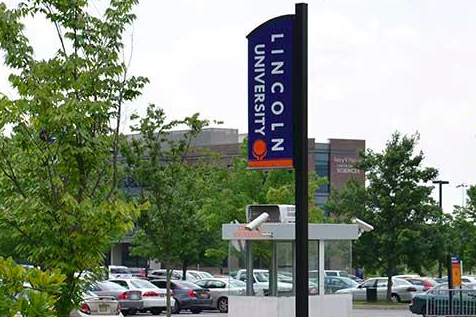 Lincoln University's board of trustees drew ire from students and alumni after initially removing Brenda Allen from her post as school president.

Brenda Allen, the previously-ousted president of Lincoln University, has received unanimous support of the school’s board of trustees to be reinstated to her position.

The Oxford, Chester County, college’s board authorized its lawyers in a public online meeting on Thursday to negotiate a new contract with Allen for her to remain in the position she’s held since 2017, according to the Inquirer.

Last month, the trustees at the nation’s first, degree-granting HBCU announced Allen’s contract would not be renewed and that a search would begin for a new school president.

However, both Allen and the state of Pennsylvania sued the board, claiming Lincoln's board violated state law at a meeting to discuss new leadership among the board of trustees.

Pennsylvania Attorney General Josh Shapiro has asserted that the 27-person board violated it bylaws because inadequate notice was given about the meeting and the meeting's agenda which included a discussion about the removal of Allen from her post. Lincoln University bylaws mandate that 10 days notice must be provided by the trustees to its members before a special meeting is held, and topics not included in the notice cannot be addressed at the meeting.

Additionally, five recently-appointed board members were not allowed to be seated and participate in the virtual meeting.

The same five trustees, who were appointed by the state, were excluded from the initial roll call, participating in the closed portion of the meeting, and casting a vote on Allen’s contract.

The lawsuit claimed that the other 22 trustees went ahead and voted on the renewal of Allen’s employment as president. The vote initially was tie, meaning that the measure failed. Then a new motion to appoint a new interim president passed.

The lawsuit also asked Chester County Judge Thomas Mahon to oust board chair Theresa Braswell from her position for the actions taken, according to the Philadelphia Tribune.

The removal of Allen, the 14th president in school history, prompted more than 15,000 Lincoln students and alumni to sign a petition calling for her to be reinstated by the board.

Mahon ruled last month that the Lincoln University board must reinstate Allen, a 1981 graduate of the school, as president on a temporary basis to allow for a possible negotiation of a new contract.

Additionally, all five newly-appointed trustees were seated for the meeting and permitted to vote on Allen’s future.