A look-ahead: Stories we'll be watching in 2016

The DNC, Uber vs. cabs, Bill Cosby, Mayor Kenney and other news to keep an eye on next year

By Brian Hickey
PhillyVoice Staff
Year in Review Predictions
from

Two things are guaranteed around this time of year: People worried that they'll write the wrong year on personal checks and other correspondence, and look-back/ahead features from the media. (Like this one you're reading right this very second!)

To that end, here’s a friendly reminder: 2016 starts on Friday, so set your internal calendars accordingly.

Also, we’ve had a bunch of look-back stories on this here site of late, so take a spin through them after you peruse this requisite look-ahead feature.

No need to thank us; we’re just doing our jobs.

1. Democratic National Convention: The Dems are coming! The Dems are coming! Fine, anonymous online commenters will likely respond: “Their already hear and there making Philly the next Detroit!!1!” In this context, though, we’re talking about Democratic Party delegates who will travel to town from across the country from July 25 to 28 to formally name their nominees for president and vice president the week after Republicans do the same in Cleveland.

Will Bernie Sanders muster enough support to challenge the perceived inevitability of a Hillary Clinton candidacy? Will Martin O’Malley still be in the race? And what will Donald Trump have said about all of the above between now and then?

It’s way too early to forecast that (especially the last one), but what can be seen from a months-ahead vantage point is that this event won’t resemble September’s Papal visit.

Events will be held at the Wells Fargo Center and Pennsylvania Convention Center as opposed to the public-area events that Pope Francis graced.

Hotels, restaurants and bars should make bank on the estimated 50,000 visitors, and organizers both local and national want to help Philly areas businesses do the same, projecting the event could inject some $350 million into the local economy. (Oh yeah, the city itself is getting $50 million in financial aid to help out).

2. Uber/Lyft: The ongoing street-turf war between cabs, Uber and Lyft burst into the public consciousness on Dec. 16 when taxis and UberBlack drivers temporarily shut down streets surrounding Philadelphia City Hall. Their message: political and law-enforcement officials need to step up and get ride-sharing services under the same laws to which they’re subjected.

Though he questioned whether his office has any jurisdiction in such cases, District Attorney Seth Williams agreed to meet with officials from the Taxi Workers Alliance of Pennsylvania and UberBlack, a branch of Uber that doesn’t fall under the “transportation network company” exemption being claimed by Uber to elude PPA oversight.

That meeting did occur, per the DA’s office, which stated:

The District Attorney listened to their concerns and agreed to continue to discuss various issues moving forward.

The DA’s Office will also monitor the statutes of several pieces of legislation that the drivers are concerned about in Harrisburg.

The District Attorney acknowledged the public safety issues presented by the alliance but also agreed to listen to both sides as well as all issues affecting the citizens of Philadelphia.

In all, it was a productive meeting and all sides agreed to continue the discussion and the exchange of information.

Harrisburg – like many consumers – appears to be on the side of the ride-sharing services, with the Senate having approved a bill that would permanently legalize them – while requiring background checks for all drivers among other safety measures. It awaits state House and gubernatorial approval.

Cabbies at the Center City protest made it clear that the competition has all but eviscerated their chance to turn a family-sustaining profit. It’s likely that a legal fight will ensue after whatever actions Harrisburg takes.

Jeremy Abay, the attorney representing UberBlack and some cab drivers, broke it down like this:

Regardless of where you fall on this issue, 2016 will be a pivotal year for the taxi and limousine industry in Philadelphia.

In its current state, SB 984 permits a driver to evade regulatory safeguards on the basis that a ride was “prearranged” through a “digital network.” It’s akin to allowing a pharmaceutical manufacturer [to] avoid FDA oversight by selling its drug online. If common sense prevails, the bill will subject all drivers to the same regulations regardless of how the fare was obtained.

I’ve been advised that the Philadelphia Parking Authority will be increasing its enforcement efforts in 2016. Until SB 984 is passed, UberX and Lyft continue to operate illegally inside Philadelphia, subjecting their drivers to criminal charges.

All of which is to say that 2016 should be an interesting year for all involved parties.

3. The Bill Cosby case: About two years after the Philadelphia Inquirer ran a bombshell story about three women and one man accusing Bill Conlin – a Hall of Fame baseball columnist from the Daily News – of sexually abusing them as children, the writer died. He was 79.

I think of Conlin with each passing development in the onslaught of drugging and raping allegations piling up against Bill Cosby, the 78-year-old comic, “public moralist” and one-time Philadelphia hero.

The parallel lays not solely in the age of the perpetrator, but in how that age could render a pursuit of justice – if not legal, moral – moot. Translation: I thought Cosby would be able to elude statutes of limitations, disappear from the public eye and die before having to see a courtroom.

While accusations continued to be leveled against Cosby despite the realities of statutes of limitations and lack of criminal charges (see here, here and here), Cosby had responded with denials and defamation suits.

Just this week, however, the case accelerated when the Montgomery County District Attorney's Office charged Cosby with aggravated indecent assault; Andrea Constand first told police that Cosby drugged and molested her at his Cheltenham mansion at a January 2004 dinner.

With Pennsylvania’s 12-year statute of limitations on felony sex crimes serving as a deadline, the Cosby case will now be front and center this upcoming year. From the vantage point of not being able to see into the future, it could be the region's biggest story in 2016.

4. Year One of the Jim Kenney administration: As you likely already know, former City Councilman At-Large Jim Kenney will officially become Philadelphia’s 99th mayor on Jan. 4. Despite the general-election campaign, that was essentially set in stone with his victory in the May primary. So, what will Kenney be focused as soon as he’s sworn in.

If the campaign itself, and quotes he’s given in the meantime are any indication, there are three big to-do items”

– A public/private push behind Universal Pre-K and community schools.

– Revitalizing commercial corridors both economically and by improving rec centers and related initiatives.

It bears mention, however, that bright-eyed new Mayor Michael Nutter saw his ambitious agenda derailed by the unexpected arrival of what he called “the worst recession since the Great Depression” a short time into his term.

5. The Pennsylvania State Budget: Do you know where your state budget is? Well, it sure wasn’t in place when the fiscal year started on July 1. And it sure isn’t in place today, a mere 183 days later.

Anyhow, the budget impasse has left Pennsylvania schools needing to borrow, oh, one billion dollars to stay open. It’s threatened those pre-K dreams of Kenney’s. So, we’ll see where it goes – if anywhere – from here.

Oh, here’s a fun fact for you: Today, we’re a mere 183 days away from the clock striking Next Fiscal Year.

However, newly elected Gov. Tom Wolf declared a moratorium on capital punishment in the commonwealth in February, ostensibly stranding 186 prisoners on death row.

In a statement, Wolf said the current system is "a flawed system that has been proven to be an endless cycle of court proceedings as well as ineffective, unjust and expensive."

Well, Philadelphia District Attorney Seth Williams didn’t much like that, and challenged the governor’s constitutional authority to do so. Well, last week, the state Supreme Court sided with Wolf, who said he’d continue granting temporary reprieves to prisoners as their execution dates approach.

All involved parties are anxiously awaiting the overdue report, with recommendations, from the Pennsylvania Task Force and Advisory Committee on Capital Punishment. From that undetermined date, pushes to abolish, fix and/or protect capital punishment will likely start anew. 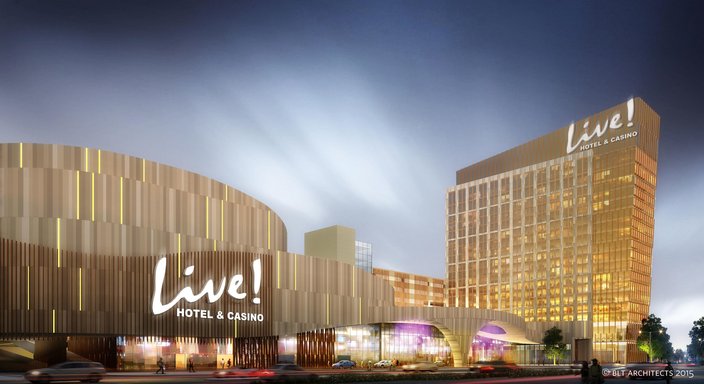 7. Casinos: On the plus side, no Atlantic City casinos closed during 2015. On the minus side, there are worries that that streak could end should New Jersey legislators compromise on a push to support a constitutional amendment that would allow casinos to open in the northern part of the state.

That would clear the path for a plan by Hard Rock International and the Meadowlands Racetrack to build a $1 billion casino in East Rutherford. Compromise aside, voters wouldn’t be able to weigh in on a current structure that allows casinos only in Atlantic City until 2017.

There’s news on the other side of the Delaware River as well. A proposal to build a second casino in Philadelphia took a step forward in October after the city's Planning Commission approved the master plan for the Live! Hotel & Casino at the sports complex in South Philadelphia.

A month later, and despite allegations of racism, City Council approved the Live! plans, but statewide approval “related to the licensure itself to turn on gaming machines and run table games” is still pending.

8. Development: The soon-to-be 59-story Comcast Innovation and Technology Center is taking more of its future place on the skyline by the day, but isn’t expected to be complete until the fall of 2017.

Similar activity is expected a few blocks away when the $16.5 million LOVE Park redesign project gets underway, with a target completion date in 2017.

Will Gov. Tom Wolf’s proposal to expand the port in South Philly (and extend the Broad Street Line) gather steam with support from Kenney? That’s something to which we – and most everyone else – will be paying attention in 2016.

9. Porngate: You know what? We're not even gonna jump into this convoluted mess involving Pennsylvania Supreme Court justices, the local DA's office, Milton Street and racist, pornographic, sexist emails. Who the heck knows what the next turn will be.

10. Adele: Yes, the modern-day Streisand is coming to Philadelphia for two shows (Sept. 9 and 10). No, it won’t be easy to get tickets as they apparently sold out within minutes. But hey, maybe she'll wear a pizza onesie and meet fans on the Art Museum steps like Katy Perry did!