Madden 21 reveals rookie ratings; how do Reagor, Hurts and other Eagles measure up? 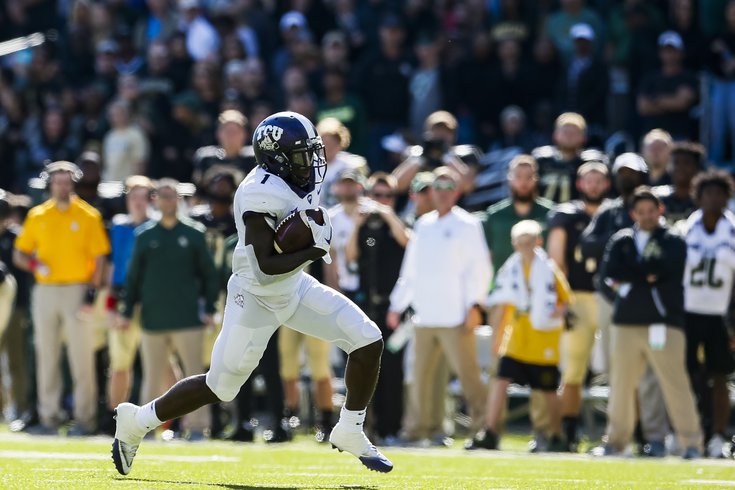 We don't have any pictures of Jalen Reagor as an Eagle yet, but trust me, that's him.

Who knows how much Madden we'll be stuck playing if the 2021 NFL season does, indeed, get delayed or even cancelled?

What we do know, is the game is slated to drop on August 25 regardless of how training camps go in a new COVID-19 world. The game is slowly unveiling the ratings of its players, and has unleashed rookie quarterbacks and wideout numbers.

The Eagles just happen to have drafted four such players. Here's a quick peak:

First lets look at Reagor, who is the fifth best rookie wideout despite going fourth in the draft. He is behind Justin Jefferson (74) whom the Eagles passed over, and Ceedee Lamb (75), whom the Cowboys picked. You'll notice his speed is 93, even though he had a relatively bad combine showing (for him, at least). He also has the worst catch rating of any first-round WR.

Hurts, who obviously is not a wide receiver, has 86 speed which is the fastest of any rookie QB this year. And he has 66 catch, which is pretty darn good (he'd be a nice candidate to use for the Philly Special, a play which is now in Madden). His overall rating is a bit behind the top QBs like Joe Burrow (76) and Tua Tagovailoa (73). It will be interesting to see what kind of potential Hurts winds up getting.

Hightower and Watkins don't really register when compared to the rest of a pretty deep wideout class, but each has pretty impressive speed and will be useful in special teams spots for Madden users.

The game will continue revealing ratings over the next few weeks and we'll keep an eye out for anything else interesting that trickles through. You can see the rest of the available rookie rankings here.