Zachkey James is suspected of stealing undelivered mail from post office locations across Philadelphia; he was previously arrested for attempting to cash altered money orders 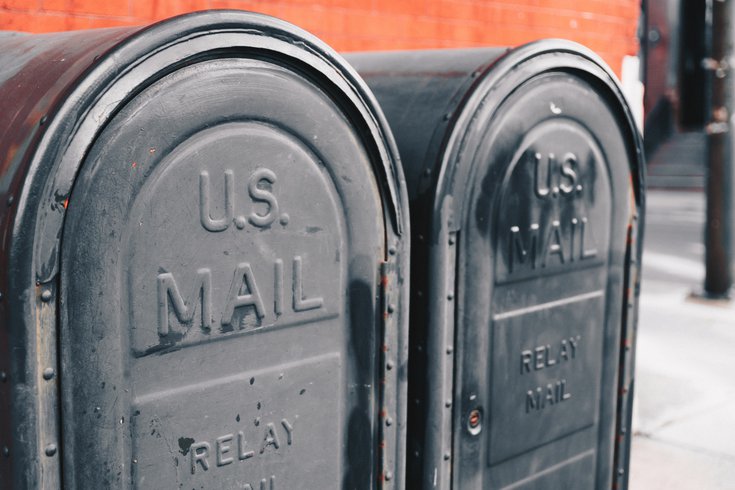 Zachkey James of Philadelphia is charged with impersonating a postal worker, possessing USPS keys, and stealing undelivered mail. If he is convicted, he faces a maximum of 31 years in jail and fines of $1.5 million

Zachkey James, 27, was arrested and charged with illegally gaining access to USPS arrow keys, mail theft, possession of stolen mail and impersonating a USPS mail carrier, according to the U.S. Attorney's Office for the Eastern District of Pennsylvania.

In July of 2022, James allegedly stole undelivered mail from a post office in the Kingsessing area of Philadelphia. Later, in October, he supposedly took mail from an East Germantown post office while dressed in a hat and T-shirt with what appeared to be postal worker shorts. By November, James had acquired three USPS arrow keys, which open collection boxes, outdoor parcel lockers and apartment panels, as well as at least 15 mail-in ballots stolen from collection boxes, prosecutors said.

"In recent months, there has been a rise in crimes involving the mail, including mail theft, check washing and robberies of postal carriers," U.S. Attorney Jacqueline Romero said in a Twitter video after charges against James were announced. "This issue is top of mind as we begin the busy holiday season. Make no mistake, mail crime is a serious federal offense. If you steal mail, you are going to prison. We are announcing the indictment of Zachkey James of Philadelphia. James is alleged to have stolen mail from blue USPS collection boxes in the Germantown and Kingsessing neighborhoods of Philadelphia. He has been arrested and will face these charges in court."

A message from U.S. Attorney Romero and @PhillyUSPIS about mail theft and a new indictment. pic.twitter.com/6lelOLoig5

James faces a maximum of up to 31 years in prison and a fine of $1.5 million if he is found guilty and convicted.

This is not James' first arrest. In December 2021, James was taken into custody after attempting to cash money orders at Ace Check Cashing, 6ABC reports.

An employee noticed a smudge on multiple money orders indicating that they had been altered, and the police were called. An investigation revealed that James had cashed more than $66,000 in money orders.

Mail fraud has increased nationwide and in Philadelphia County and its surrounding areas. In October, the USPS issued a statement warning people not to use mail drop boxes on certain days and hours to reduce the chance of theft. Then in November, following political pressure, the USPS announced an audit of Philadelphia post offices.

In July, Philly area men were charged for their involvement in another check-washing scheme that included $200,000 in stolen checks from mailboxes.

Since the onset of the COVID-19 pandemic, mail fraud and check-washing has increased. The Inquirer reported in 2021 that pervasive schemes in the city resulted in multiple individuals across Philadelphia having over $15,000 in checks stolen, with more than $100,000 lost between a dozen victims in the final three months of 2020.

Anyone who suspects suspicious activity involving mail, post offices or mail drop boxes can contact local law enforcement or a postal inspector at 877-876-2455.