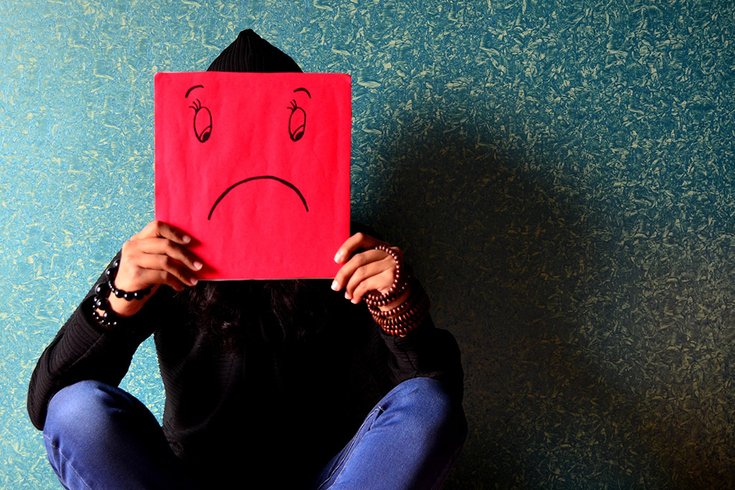 Major depression diagnoses are skyrocketing in millennials and adolescents, according to a new study by the Blue Cross Blue Shield Association.

“One of the important points of the report is how many Americans are impacted by major depression," said Dr. Virgina Calega, a physician and vice president of medical management and policy for Independence Blue Cross. "Based on claims submitted with a major depression diagnosis, 9 million people have that diagnosis in the United States.”

“While being diagnosed with depression is not good news, I think that is important for people to understand that they are not alone," she added. "We really need to destigmatize the diagnosis.”

According to the study, the overall depression diagnosis rate for all Blue Cross Blue Shield members increased by 33 percent. In addition, consistent with other research, women continue to be diagnosed at a higher rate than men. Women are diagnosed with major depression at double the rate of men (6 percent vs. 3 percent). This gender difference is even more defined in adolescents where there was a 65-percent increase for girls compared to a 47-percent increase for boys.

(Moreover, the number of school-age children and adolescents hospitalized for suicidal thoughts or attempts has more than doubled since 2008, according to a new Vanderbilt University-led study published Thursday in Pediatrics.)

Calega said that although this rising trend can seem concerning, “this means that these people are having a conversation with their healthcare provider. More people are being screened, diagnosed and are getting the treatment they need.”

Because the report is based on claims data, there is some limitations to what can be inferred from the surge in depression diagnoses. For instance, it is not clear from the data, whether other chronic health conditions led to depression or if depression was the primary diagnosis and other chronic conditions came afterwards. Nor it is clear why so many more millennials and adolescents are being diagnosed with major depression.

According to Dr. M. Ingre Walters, associate professor of the department of psychiatry at the Lewis Katz School of Medicine at Temple University, the reasons for the surge are not completely clear, though it seems to be more acceptable among younger generations to speak of mental illness and seek treatment.

Dr. Thea Gallagher, a clinical psychologist at University of Pennsylvania, agrees with Walters, adding that in these times celebrities like NBA star Kevin Love are publicly sharing their own struggles with mental health issues.

That helps remove the stigma depression, though there is still much more work that needs to be done, particularly when it comes to men and mental health, said Gallagher, clinic director at the Center for the Treatment and Study of Anxiety in the Perelman School of Medicine at the University of Pennsylvania.

Social media is another possible reason for the rising rates of depression, Walters noted.

“Recent studies have shown increasing rates of depression in individuals who use multiple forms of social media," she said. "Is it the act of multitasking, which has been related to poorer attention and mood? Is it an increase in anxiety caused by trying to interpret and correctly respond to imprecise cultural and social cues? These questions require further investigation.”

Despite a lot of unanswered questions and the need for more research, what this study does tells us, Gallagher said, is that we need to work more closely with millennials and adolescents to get them the help they need.