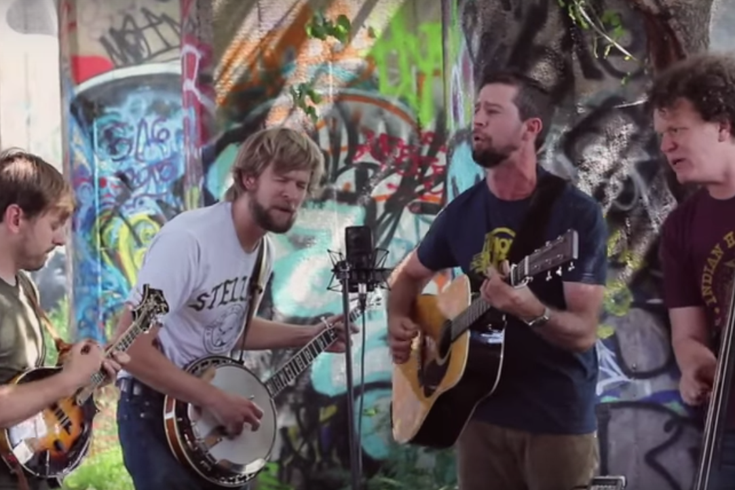 The video for "Ain't Nobody Gonna Miss Me When I'm Gone" by Man About a Horse was shot at Graffiti Pier in Port Richmond.

"Philly-style" bluegrass band Man About a Horse is headed to the Philadelphia Folk Festival this month with a slew of other area bands. Ahead of the big weekend, the group casually dropped not one but two new music videos last week, both of which were shot at Graffiti Pier in Port Richmond.

The first video is a cover of Jimmy Martin's classic “Ain’t Nobody Gonna Miss Me When I’m Gone” and the second is a previously unreleased original song called "Grieve, Cry and Moan." Both videos were submitted to the FreshGrass Award contest, where hopefuls playing bluegrass and folk tunes compete for a spot at the FreshGrass Festival in North Adams, Massachusetts, next month.

For a thoroughly Philadelphian band putting a modern edge on bluegrass, the backdrop of Graffiti Pier is the perfect touch. Watch both videos below.

Man About a Horse released their first studio recording in April, but they plan to record their first full-length album this fall.