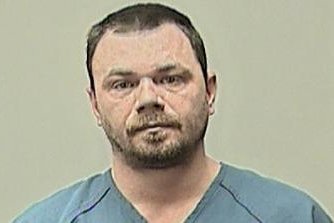 A man was convicted Monday of raping two women in Northeast Philadelphia.

Court records show a jury found Robert Palen, 40, guilty of the sexual assaults that occurred in Pennypack Park in August 2010 and August 2011.

Palen, a Northeast Philly resident, fled to Wisconsin in 2013 to meet a woman he had been communicating with through the Internet while local investigators were still trying to find the two victims’ attacker, according to the Northeast Times.

He eventually went to the Wisconsin woman's home, where he allegedly beat her and strangled her, the newspaper reported last year.

Palen was captured by police in Madison, and Philadelphia authorities said they were then able to make a DNA match.

He pleaded guilty to rape and attempted murder charges in Wisconsin, and, after fighting extradition to Pennsylvania, was eventually brought back and charged.

Philadelphia District Attorney Seth Williams said in the Pennypack assaults, Palen lured the women into his truck and drove them to a wooded area in the park, where he beat and raped them, according to Metro.

A sentencing is scheduled for Aug. 4.