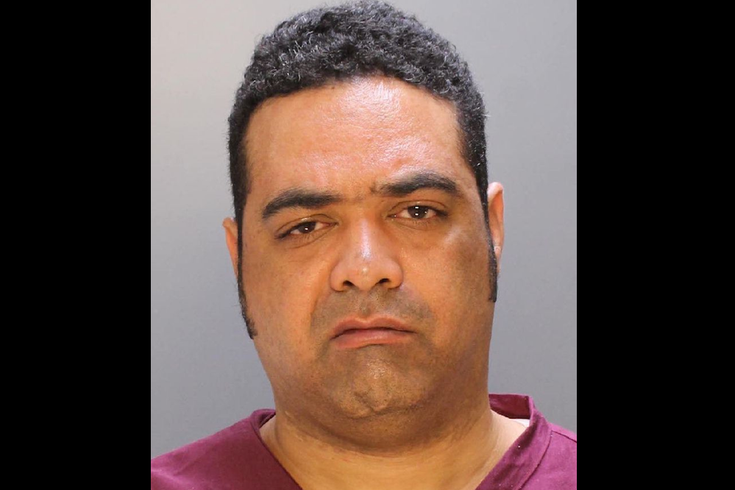 An altercation over a New Jersey Devils cap erupted into a fight that ended with the stabbing death of a 24-year-old man in Rittenhouse Square on Sunday night.

On Monday, Captain James Clark of the city's homicide unit, detailed the events that led up to the death of Colin McGovern, of Churchville, Bucks County.

Steven E. Simminger, 40, of Media, Delaware County, has been arrested and charged with McGovern's murder and related offenses.

During a press conference Monday, Clarke said that prior to the fatal stabbing, McGovern had been out with friends "bar-hopping" before he and three friends – a male and two females – took a cab to Rittenhouse Square.

"They were looking for a hotel to stay the night," said Clark.

The group exited a cab near the intersection of 18th Street and Rittenhouse Square at about 3 a.m., when, Clark said, McGovern spotted Simminger wearing a baseball cap emblazoned with the logo for the New Jersey Devils hockey team.

McGovern exchanged some words with Simminger about the cap that led to a verbal altercation between Simminger, McGovern and McGovern's male friend, Clark said.

"With that, the fists start swinging and they go to the ground," said Clark.

The homicide captain said police have surveillance video that shows McGovern on the ground, on top of Simminger, before Simminger produces a knife and stabs McGovern "several times in the chest."

With that, Clark said, McGovern "gets up, walks a couple of steps" and then falls to the ground.

After the attack, Simminger, a military veteran, went to an unidentified Veterans Affairs hospital to have his hand treated after he cut himself during the stabbing, Clark said.

He also went in for a psychological evaluation, though Clark didn't know the results of that evaluation.

An anonymous call tipped police off to Simminger's whereabouts after he told a hospital employee he had been in a fight, Clark said.

Earlier reports had claimed Simminger was homeless. But Clark said that is not the case. He said Simminger was out at night after having spent the day with friends.

Court records show prior charges have been filed against Simminger, dating back to 1996. Those cases list a Colwyn, Delaware County, address for him.

Simminger's Facebook page shows him wearing a blue New Jersey Devils hat in a profile photo he posted in November.