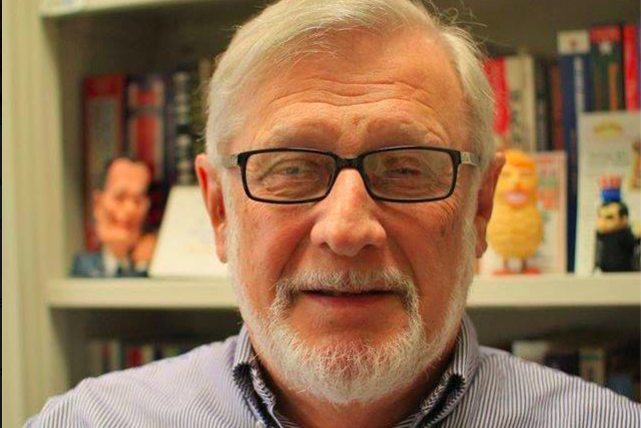 Contributed photo/Courtesy of the Fair family

When Daryl Fair, 78, died of pancreatic cancer on January 10, 2017, his family made sure his obituary contained a political statement that meshed with who he was in life.

Daryl Fair died on Jan. 10 after a three-year battle with pancreatic cancer.

Through his career as an educator, the 78-year-old – who received a master’s and doctorate from the University of Pennsylvania – served as a professor of political science and constitutional law at the College of New Jersey (nee Trenton State College) before retiring in 2014.

To hear his family tell it, Fair was a political junkie through and through.

According to the obituaries that ran Sunday in both the Trenton Times and Bucks County Courier Times, the Yardley, Bucks County, man also was no fan of President-elect Donald Trump.

In fact, the obituary – written by his son Matthew – states that clearly right off the bat.

Fair’s wife Barbara tied his frustration with the election results to her late husband’s commitment to teaching and honoring the U.S. Constitution.

As things are wont to be in our current political climate, the obit garnered some negative comments. None of the blowback has made Matthew regret the wording, though. In fact, his dad would’ve liked it even if they hadn’t had discussions about the obituary before his death.

“I’d like to think that he’d think it was funny. He had a droll sense of humor but was outspoken about his political opinions,” he told PhillyVoice on Tuesday. “I do think there was an element of truth to (the wording). He was very discouraged by the results of the election and the direction he saw the country taking.”

The obituary concludes with the line, “We hope he left this world knowing in what high esteem he was held.” Family and friends will be able to honor his life at a Jan. 29 memorial service at the George School meeting house, 1690 Newtown Langhorne Road in Newtown.