For Valentine's Day, listen to a dramatic reading of Marian Anderson's love letters

A show at the Penn Museum sets music to the opera singer's notes to her husband Orpheus 'King' Fisher. 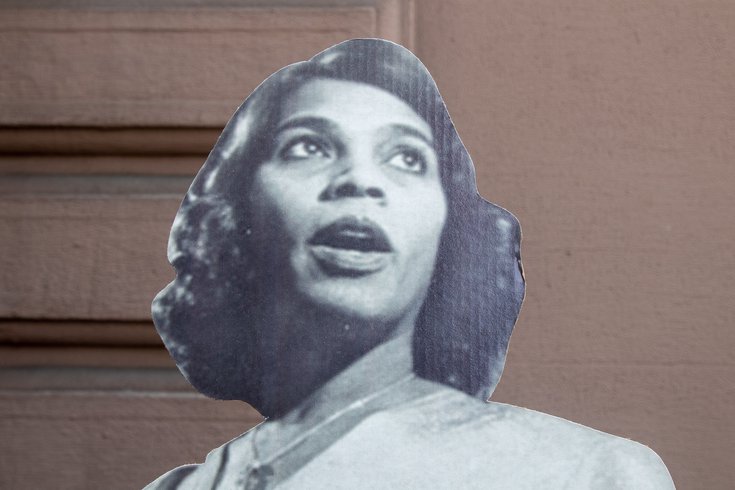 The National Marian Anderson Museum and Historical Society is hosting a live, dramatic reading of Anderson and her husband Orpheus Fisher's love letters set to music.

Nearly 30 years after her death in 1993, renowned opera performer Marian Anderson remains one of the most recognizable names in American music.

Anderson spent much of her life challenging prejudices and fighting for civil rights as she broke through many barriers in music and performed with distinguished orchestras for decades. In 1955, she became the first Black singer to perform at the Metropolitan Opera in New York City.

When Anderson was a teenager growing up in Philadelphia, she met Orpheus "King" Fisher. He asked her to marry him, but she initially said no, fearing that marrying would stall her music career. In 1943, when Anderson was 46 years old, she married Fisher at a private ceremony, and they remained together for 43 years, until Fisher's death in 1986.

On Sunday, the National Marian Anderson Museum and Historical Society is hosting a live, dramatic reading of Anderson and Fisher's love letters set to music. "Marian & Orpheus: A Love Story" begins at 4 p.m. at the Penn Museum in University City.

In partnership with the National Marian Anderson Museum and Historical Society, the life and legacy of civil rights icon and groundbreaking contralto Marian Anderson will be in the spotlight this February. pic.twitter.com/41EZzwmb4m

The Scholar Artist Program supports vocal music artists as they grow and perform throughout their careers, primarily at events that the Historical Society sponsors. Pirtle has been part of the program since she was a student at the University of Pennsylvania in 2004.

General admission tickets cost $30 and include same-day admission to the museum from 10 a.m. to 5 p.m. Visitors can see "The Stories We Wear," an exhibit that showcases a velvet gown worn by Anderson throughout her career. The gown is just one of 250-plus objects on display as part of the exhibit.

Tickets that include a wine and dessert reception after the performance are available for $50.

People who pay $100 will be considered program benefactors, and will have their names printed in the program. Benefactor proceeds will support the Marian Anderson Scholar Artist Program and Penn Museum.