Previous research has shown cannabis can lead to an irregular heartbeat 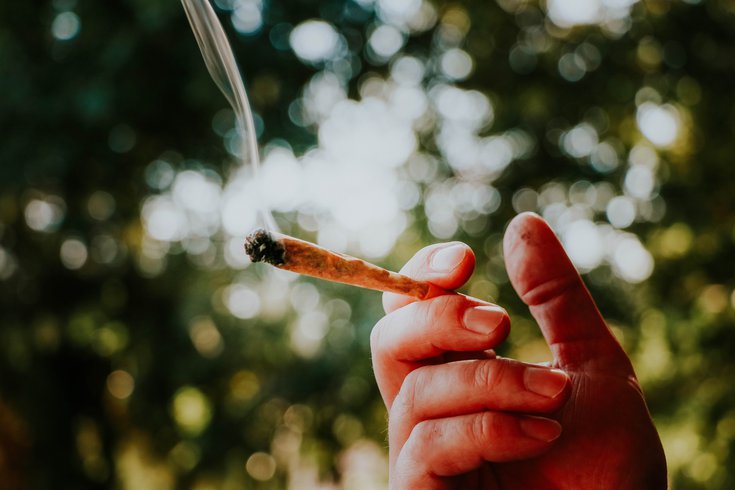 Cannabis use has a long and complicated history in the U.S. It is still categorized as a Schedule I substance by the U.S. Drug Enforcement Administration along with other drugs like heroin despite some U.S. states legalizing it for recreational or medical use.

Smoking, vaping or even consuming cannabis as an edible increases the risk of a heart attack in adults under age 45, new data suggests.

Research published in the Canadian Medical Association Journal shows that such marijuana users were nearly twice as likely to suffer a heart attack than people who didn't use the drug.

The lead author, Dr. Karim Ladha, a clinician-scientist and staff anesthesiologist at St. Michael's Hospital and the University of Toronto in Canada, told CNN that there is "increasing evidence" that marijuana has short-term and long-term adverse effects.

"What you end up having is this mismatch of oxygen supply and demand which fundamentally leads to heart attacks," Ladha said.

The researchers analyzed data from more than 33,000 adults ages 18-44 who responded to U.S. Centers for Disease Control and Prevention surveys in 2017 and 2018. Seventeen percent of the adults surveyed reported using marijuana within the past 30 days, and of them, 1.3% later suffered a heart attack. Of the survey respondents who didn't use the drug, only 0.8% experienced a heart attack.

The researchers found that marijuana users were more likely to be male, smoke cigarettes, vape and drink alcohol heavily. These factors might also contribute to the participants' heart attack risk, but they were adjusted for in the analysis.

The complicated profile of cannabis

Marijuana is the dried flowers and leaves of the cannabis plants which contains various compounds like tetrahydrocannabinol, or THC, and cannabidiol, or CBD, according to the U.S. Centers for Disease Control and Prevention.

Cannabis use has a long and complicated history in the U.S. It is still categorized as a Schedule I substance by the U.S. Drug Enforcement Administration along with other drugs like heroin despite some U.S. states legalizing it for recreational or medical use. This classification has limited the amount of research that has been conducted on its potential health risks and benefits.

There has been little research on its long-term effects on the body. According to the Mayo Clinic, marijuana smoke contains 50-70% more carcinogenic hydrocarbons than tobacco smoke and can increase the risk of cancer of the lungs and respiratory tract. It also has been associated with an increased risk of testicular cancer in men.

Some research suggests that long-term use can cause permanent IQ loss and increased risk for depression and anxiety.

Dr. David Mazer, a clinician scientist at Unity Health Toronto who was also involved in the latest study, emphasized the importance of young adults and their physicians being aware of the potential risks and benefits of using marijuana in the context of their own health risk factors and lifestyle choices, particularly when assessing a patient's cardiovascular risk.