NEW YORK – Mark Leiter Jr., the son and nephew of two former major league pitchers and the Spring Training roommate of one of the better stories in Phillies camp last month, didn’t have time to let his emotions get the best of him on Tuesday afternoon, when he got the news he had waited to hear since he was a boy shagging fly balls at Veterans Stadium.

The 26-year-old Leiter has just got finished pregame stretch at Coca-Cola Park in Allentown when Lehigh Valley IronPigs manager Dusty Wathan called him into the dugout.

“Hey, there’s no easy way to tell you this,” Wathan said. “You’re meeting the team in New York.”

“Speechless” is how Leiter described his reaction.

“Honestly, I didn’t have time to lose it, I was in a car 40 minutes later on my way here,” said Leiter, who was somehow able to have a driver work his way through rush hour traffic in two states and the largest city in the world to get to Citi Field an hour before first pitch. “The driver didn’t really know where to take me, we’re asking all of the security people and they kind of escorted me in here.”

An hour later, he was a big leaguer for the first time, wearing the same uniform his dad (Mark) did in 1997 and 1998, sitting in the bullpen at Citi Field ready to take the adrenaline working though his veins and dash out to the mound at a moment’s notice.

“A bunch of my buddies bought tickets out in the bleachers, they were in the bullpen area,” Leiter said. “Every time somebody got up in the bullpen they were standing on the railing yelling at me. It was good. Everything I would have ever hoped it would be.”

Leiter was added to the 40-man roster and the 25-man active roster on Tuesday when the Phillies placed veteran outfielder Howie Kendrick on the disabled list. The Phillies will carry Leiter, an extra arm in the 'pen, until Kendrick is eligible to come off the DL next week.

But Leiter was just the first IronPigs player to be added to the major league roster for the first time within a 24-hour span. Following the Pigs game against Columbus on Tuesday night, at midnight, while dozing off on his couch watching “Friday After Next,” Ben Lively’s phone buzzed.

“I saw Dusty was calling me, and I was like, ‘Why is he calling me?’” Lively said. “I thought I did something. I was trying to think if I did anything wrong that day.”

A few minutes later, Ed Lively, Ben’s father, had a similar reaction when his phone rang after he was fast asleep and in preparation for his regular 5 a.m. wake-up call to begin his day of work running a fishing charter.

"My dad woke up and said, 'Something happen?'" Ben Lively said. “And I said, ‘No, no All good.' I told him and he was pretty pumped. Then he woke up my mom and started to cry. She lost it.”

This picture has been stuck in my head my whole baseball career, and has kept me pushing myself. But today that wish becomes true!@Phillies pic.twitter.com/Blv1fUjHrp

The 25-year-old Lively, the recipient of the Paul Owens Award in 2016 as the top minor league pitcher in the Phillies farm system, may only be on the roster for a couple of days. He joined the Phillies prior to Wednesday’s game, after veteran reliever Pat Neshek was placed on the paternity list.

“We wanted somebody with length in the event we needed length … just to cover ourselves,” said manager Pete Mackanin, who was sending Vince Velasquez out for his third start of the season later Wednesday night. “I think he's between starts, so it could work out well.”

Lively was scheduled to pitch in Allentown on Thursday. Instead, he’s at Citi Field, wearing an ear-to-ear grin even though there’s a decent chance he’ll never leave the bullpen before being optioned back to Triple-A Lehigh Valley before the weekend.

Lively would obviously like to work himself into a permanent spot in the Phillies rotation sooner rather than later, but he seemed OK with how his first big league call-up transpired: his phone, at 100 percent when he left Allentown on Wednesday morning, was dead when he arrived in New York.

“Honestly, when it started setting in, I was in the car and I started seeing the city,” Lively said. “I was like, 'All right, this is happening.' It was pretty cool.” 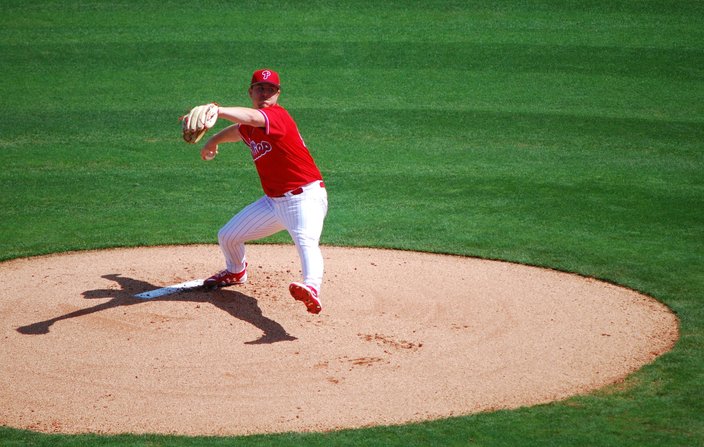 Mark Leiter Jr., who started the first exhibition game of the spring for the Phillies two months ago, made his way from Allentown to Flushing, N.Y., through rush hour traffic, to arrive to the Phillies clubhouse in time for Tuesday night's game.

Leiter had that feeling a night earlier in the visiting bullpen at Citi Field. Unlike Lively, a former Cincinnati Reds minor league pitcher of the year acquired in the Marlon Byrd trade, Leiter was never a top prospect.

The son of the former Phillies pitcher and nephew of Al, the former Mets and Blue Jays left-hander and current MLB Network analyst, Mark Leiter Jr. has never seen his name on any top prospect lists. A graduate of Toms River North (N.J.) High School, Leiter was selected with the 661st pick (22nd round) out of the New Jersey Institute of Technology (NJIT) of the 2013 draft by the Phillies.

Leiter had a preview of what his big league call-up might look like three weeks ago, when he celebrated with former 33rd-round pick Brock Stassi after the unheralded first baseman made the Phillies’ Opening Day roster on the penultimate day of camp in Clearwater, Fla.

“Seeing everything he went through in spring it felt like a lot of my story is similar,” Leiter said. “I couldn’t have been happier for him. I was lucky enough to share some of that with him being his roommate and having that night hanging out with him before the team left. To experience it for myself, it was amazing.”

When Leiter pitches in a game for the first pitch, he and his father will become just the second father-son duo to have played for the Phillies, along with Ruben Amaro and Ruben Amaro Jr. Not bad for a franchise that’s been around for 135 years.

Couldn't be more pumped to see @Leiter_Jr get the call to the big leagues today! One of the biggest gamers I've ever seen #FeedPhil

“That’s incredible – I’m proud of that,” he said. “That’s something that I’ve dreamed about and me and my dad have talked about. That was the goal. I would love to have a career he had. I would love that.

“I caught my first fly ball at the Vet. I was in the locker room and shagging BP with my dad and stuff like that. I got to be there quite a bit. I probably should have went more than I did, but I was young and probably didn’t grasp how cool it was at the moment.”

But just by looking in his bloodshot eyes as he spoke, recounting the “rush” of the previous 24 hours, you got the feeling Leiter grasped it quite well when he checked into the visiting clubhouse at Citi Field.