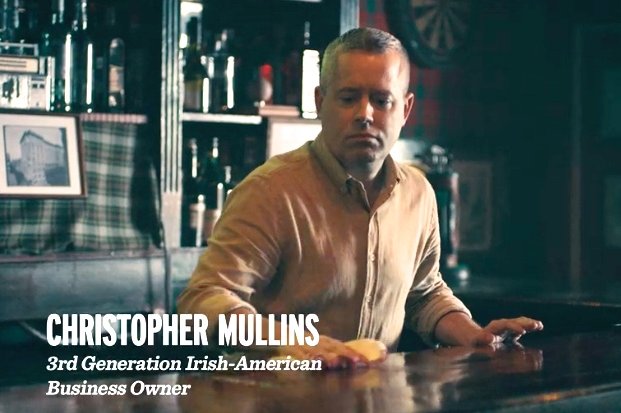 If you're of the drinking age and you live in Philly, or you've visited Philly, you've probably been to McGillin's Olde Ale House, Philly's oldest continually operating pub (and the city's favorite spot for Wednesday night karaoke).

There's also a good chance that while there you've seen or chatted with Christopher Mullins Jr., who co-owns McGillin's with his parents.

Now, be prepared to see Mullins on your TV screen. He's featured in a new, national beer ad.

The Modelo commercial is below. Don't be fooled though, while it may look like Mullins is at the upstairs bar in McGillin's, the scenes were actually shot in Mexico. Ah, movie magic.

The commercial is part of the Modelo Fighting Chance Project, in partnership with the International Rescue Committee, which responds to humanitarian crises around the world.

The ad highlights how Mullins' grandparents came to America from Ireland over a hundred years ago, seeking better opportunities.

"We all have an immigrant story," the voiceover states, then closes with "Because it doesn't matter where we come from. It matters what we're made of."

Through Friday, Nov. 15, if you order a $5 pint of Modelo Especial at McGillin's, a portion of the proceeds will be donated to the IRC.