Video: Meek Mill under fire for making homeless man do pushups for money 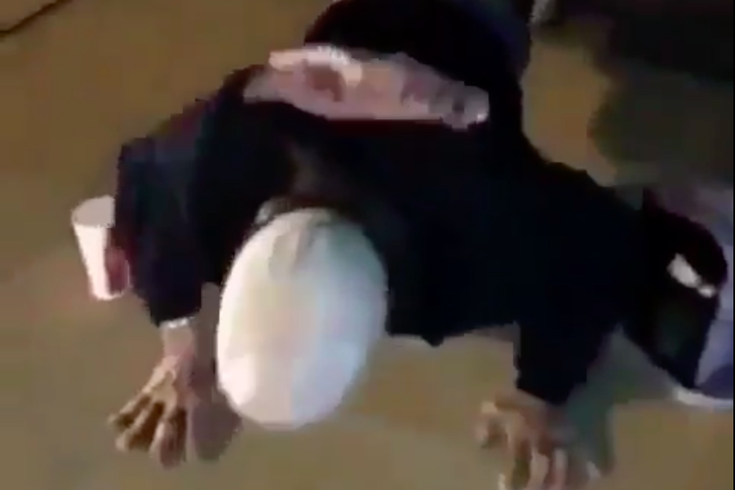 Social media users expressed outrage this week after Meek Mill posted a video that appears to show the rapper challenging a homeless man to do pushups for money.

When we last checked in on the North Philadelphia-born rapper, he was tumbling head over heels outside his mother's house in the wake of a snowstorm.

While Meek Mill scored some goodwill for having a sense of humor about his misfortune and sharing it on Instagram, he now faces a backlash for a recent post to his 11 million followers.

On Friday night, Meek Mill used the photo-sharing app's Stories feature to share videos documenting his interaction with a panhandler, who apparently is homeless.

The feature erases photos and videos from the user's timeline after 24 hours, but the video was preserved by multiple media outlets.

Check it out here:

I think if Meek Mill made this homeless man do push ups for money, I think it was dead wrong of him .With the money he has he should.... pic.twitter.com/GQmopq2JAf

It's unclear when or where the incident occurred, but the video begins with the man holding a paper cup with shaking hands as Meek Mill says, "No, no, no, Give me 10 pushups and I'll give you $20 right now. We ain't giving out no free money."

Later, the man is shown on the ground performing 20 pushups as Meek Mill counts. However, the rapper didn't post video of any money exchanging hands.

On Twitter, many users were critical of Meek Mill's actions:

Meek Mill is a disgrace 4making a homeless man do 20 pushups for $20. If your going to give than don't degrade & 20 is nothin when your rich

Meek Mill told a homeless guy "We not giving out free money" and then made him do push ups for $20. I never respected him and never will now

Meek mill made a homeless man do 20 push ups for 20 dollars ... recorded him and put it on the web.... his whole existence is just a L

Already didn't like @MeekMill too much to begin with, treating that homeless guy like that is just gross gtfoh .. #shame

Meek Mill made an elderly homeless man do pushups for $20 cuz he's not "giving out no free money". He humiliated the man. F*ckin scumbag

Meek Mill been trash. Telling a homeless person to do push ups for $ is so disgusting.