In Oregon, a second death may be tied to vaping 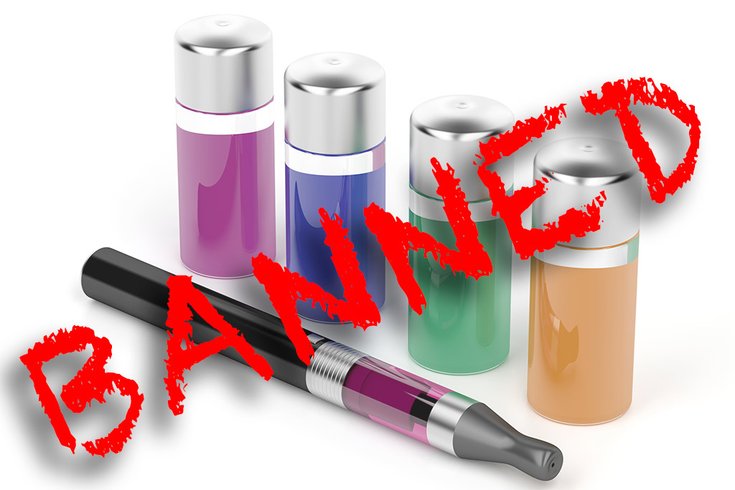 The state's Department of Health and Human Services will ban online and retail sales of flavored nicotine vaping products, according to The Washington Post, which broke the story early Wednesday morning.

The ban will take effect immediately and last six months, giving businesses 30 days to comply, the newspaper reported. It can be renewed for another six months, but state officials plan to develop permanent regulations barring the products.

The ban on e-cigarettes that use mint, menthol or sweet and fruity flavors – it doesn't include tobacco-flavored vapes – has not yet been filed, but is expected to become effective through an administrative rules process within a few weeks, the Detroit Free Press reported.

"Right now, companies selling vaping products are using candy flavors to hook children on nicotine and misleading claims to promote the belief that these products are safe," Whitmer said in a statement. "That ends today. Our kids deserve leaders who are going to fight to protect them."

The American Vaping Association, an advocacy group that promotes vaping as a path for smokers to quit using traditional cigarettes, vowed to challenge the ban. President Gregory Conley said the ban would send tens of thousands of smokers back to "deadly combustible cigarettes."

"In this country, laws are made by legislators, not governors desperate for press attention," Conley said in a statement. "Anyone who fears the prospect of an out of control government should be appalled by this attempt by the executive branch to unilaterally ban an adult product."

Conley noted that the ban comes only three months after the Michigan legislature prohibited the sale of vaping products to minors.

Earlier this summer, San Francisco became the first major city to ban the sale of e-cigarettes, a policy slated to begin next year.

At least 215 cases of severe lung disease tied to vaping have been reported by 25 states, according to the U.S. Centers for Disease Control and Prevention, which is investigating the cases.

A second death possibly tied to vaping was reported on Monday. Oregon health officials are investigating the death of a resident who died in July after vaping cannabis, according to the Associated Press.

News of the first confirmed death due to vaping broke last week.

Many of cases being investigated by the federal and state health officials are believed to have involved people who vaped THC, the psychoactive compound found in marijuana.

Minnesota health officials have interviewed eight of 15 patients who have been hospitalized for severe lung disease with ties to vaping, according to the Star Tribune. All eight inhaled THC.

As vaping has surged among adolescents, the U.S. Food and Drug Administration has taken steps to prevent minors from using e-cigarettes. In 2018, more than 3.6 million U.S. youth, including 20 percent of high school students, were using e-cigarettes, according to the CDC.