Long-term effects of vaping are still unknown, not to mention the not-so-appealing hidden ingredients 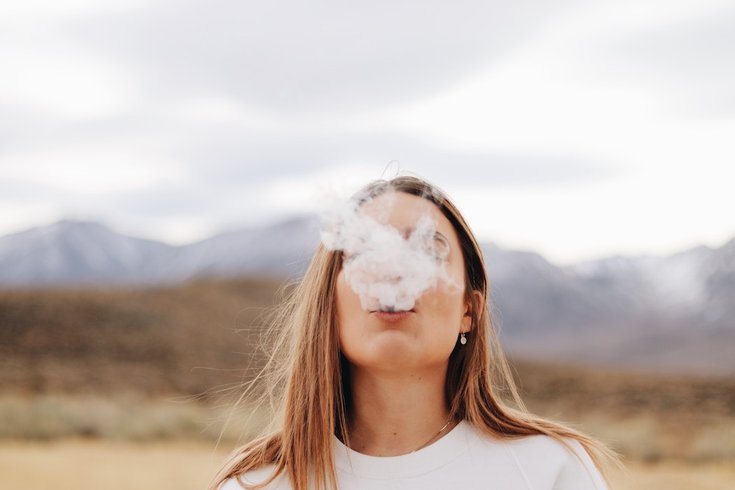 It’s admittedly pretty hard to know “what the kids are up to these days,” whether it be bad or good. When it comes to the whole vaping thing, they’re apparently doing something in-between. Reportedly, some are vaping vitamins.

On one hand, this makes total sense. Millennials are an equal-parts wellness-obsessed and trend-obsessed generation, and the act of vaping vitamins seems like the ultimate culmination of that — despite the deeper understanding that smoking of any kind, including vaping, isn’t all that great for your health.

With the-cigarette industry expected to grow 22 percent in the next four years, consumer firm Orbis Research says a growing number of vape manufacturers are expanding beyond nicotine to sling e-cig cartridges “fortified with trendy nutrients,” the The New York Post reported.

The alleged perks of these “healthier” options include everything from energy boosts to brighter moods, but many health experts have doubts.

RELATED READ: About 1.9 million vapers in the United States – and numbers growing

The lungs are actually capable of “absorbing inhalational nutrients and medications,” Dr. Louis DePalo, clinical director of the Respiratory Institute at Mount Sinai Hospital, told The Post. “...The heating mechanisms are heating metals to high temperatures. These aerosolized metals and the liquids that are used to stabilize the compounds — they get vaporized, as well.”

The FDA has been cracking down on vape companies for the not-so appealing additives that find their way into e-cig cartridges.

And the long-term impacts of vaping — be it nicotine or vitamins — is largely unknown.

According to an official with the American Lung Association, it's hard to know the true effects of vitamin vaping, Men's Health reported:

Given the lack of up-to-date research on vitamin vaping, it’s hard to know what its true effects are, says Dr. Norman Edelman, a senior scientific adviser at the American Lung Association. “We know that smoking e-cigarettes causes irritation of the airwaves and bronchitis, but we don't know the long-term effects because they haven’t been around long enough,” he says.

The vitamins of choice for vaping include B12 — shocker, as it’s one of the trendy “cure-all” vitamins. Needless to say, Gwyneth Paltrow is a fan, and even featured B12 shots at the most recent Goop Health Summit. But it’s good fit for vaping because it’s a “water soluble” vitamin.

But the thing is that very few people are actually vitamin deficient if they eat a fairly balanced diet — making vaping vitamins and even taking them, in some cases, is pretty much unnecessary.

The ruling? It looks like vaping vitamins is pretty pointless.