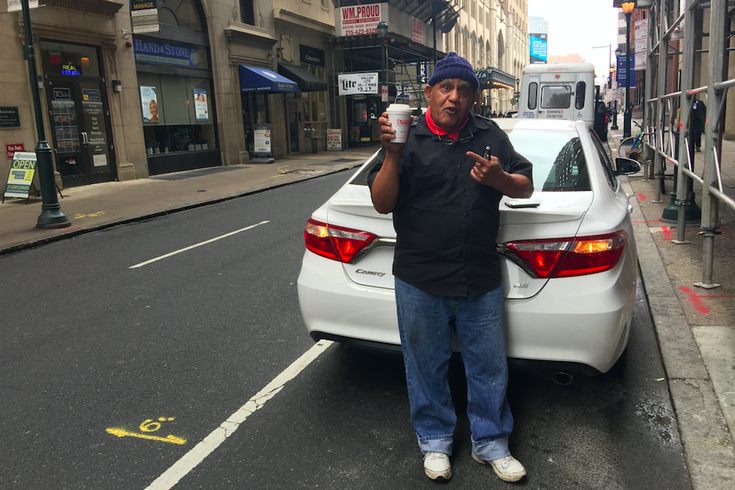 In a passionate interview during a radio talk show Thursday, Milton Street once again griped about Uber, this time comparing the ridesharing giant to plantation owners.

Street, a former Pennsylvania state senator who is a part-time driver for the company, argued on Talk Radio 1210 WPHT with Dom Giordano that drivers should have the option to not take rides called with UberPool, a feature that allows customers to share a ride with others for a few bucks less than what it would cost to call an UberX.

"[It's] not anything against Uber, except it's forcing people to work way below prevailing wage," he said on the show. "On this UberPool, personally, and I do this plenty of times, drove [from] 14th and Chestnut all the way up to the 1500 block of North 17th Street for $1.78."

Drivers are forced to pick up UberPool riders, and if a driver doesn't, the app will revoked his or her access, Street said.

Craig Ewer, a spokesperson for Uber, said that drivers aren't required to accept the UberPool trips, although, if his or her acceptance rate drops to a certain level, the driver could be temporarily barred.

Street advocates unionizing the company's drivers. A unionization rally for UberX drivers was planned Tuesday morning but was rescheduled to a later date because of rain.

Giordano questioned Street on why the app, which has seen success in Philadelphia and across the country, should see that kind of change.

"With UberPool, drivers are able to spend more time on [a] trip, which means reliable earnings and less time without a paying customer in the backseat," Ewer said in a statement. "We recently made a number of changes to UberPool based on what we've heard from drivers, and we will continue to use that feedback to make the experience more enjoyable and effortless for riders and drivers."