This year, every single resident along Mole Street will be personally invited 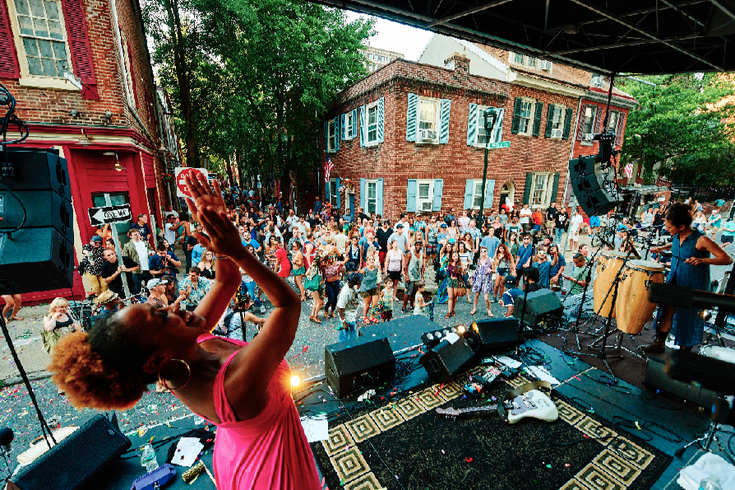 Molestice is happening Saturday, June 24 from noon to 8 p.m. The event is free to attend but tickets are required.

Brendan Walsh has a lot of love for his home base. As a resident of the 100 block of North Mole for more than a decade, he’s launched a digital marketing firm named for his street, assumed the role of block captain as well as having taken the reigns of Molestice, an annual block party with his business partner, Brian LaPann.

“It began as a community block party and it has been happening since the mid- late-seventies,” Walsh explains.

“The block used to house a lot of writers from the Daily News and The Inquirer, and they would have seasonal events to celebrate the solstice, in the winter and in the summer.”

Since it’s beginning, the festivals brought residents of the narrow, tree-lined street out for afternoons and evenings full of musical and theatrical performances, and it was those summer block parties that gave Walsh a real sense of kinship with this tiny slice of Logan Square.

“It was something that we really enjoyed because it was open and it was free. It’s a very neighborhood vibe,” he says.

Walsh and LaPann, both musicians themselves, took over Molestice in 2010 and have consistently grown it every year since. “It began as a neighborhood initiative and now we have people coming in from all over the city,” says Walsh.

With more than 1,500 attending last year’s party, its footprint has expanded to take over neighboring Cherry Street. Having a music festival right outside of your door might not appeal to everyone, but considering the young demographic of the block, there has been little pushback over the years.

Over the past seven years, Walsh and LaPann have stacked the daytime fest with eclectic lineups of talent that share a common element.

“We focus on a lot of local artists,” Walsh says.

“Most, if not all of the artists that perform have a Philly connection. They might not be based in Philadelphia, but maybe they went to college here, they have some sort of relationship with the city.” 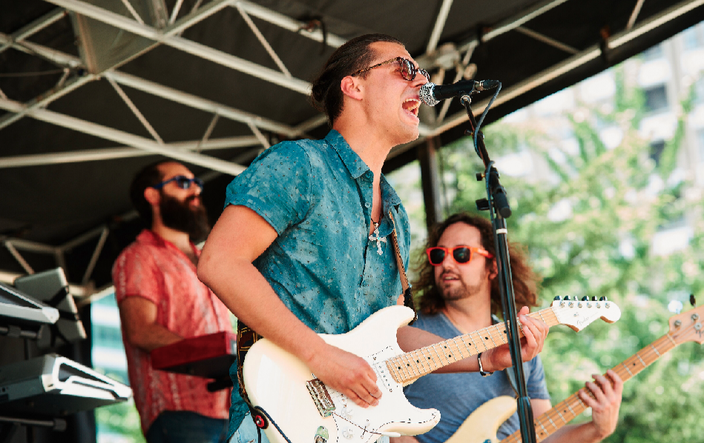 Originating at Moyamensing and capping off past Hunting Park, Mole Street spans 22 blocks of row homes.


And it’s that relationship with the city that gives Molestice its unique sound. This year’s seven-artist roster kicks off at noon on Saturday with a set by local songstress Jennifer Logue, continuing on with the high energy duo of Hank & Cupcakes, and Philly garage faves Low Cut Connie closing out the evening.

With beer and wine coming from the legendary Fergie’s Pub and more than a few food trucks on deck to feed the partying masses, this year’s festival is primed to be the biggest Molestice yet. But Walsh and LaPann have an even more ambitious plan for future fests. 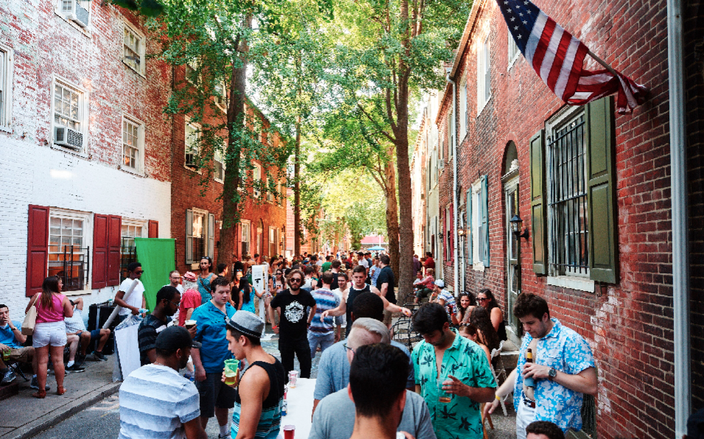 Tucked snugly between 15th and 16th Streets, Mole Street is a diminutive corridor that runs nearly eight miles throughout the city. Originating at Moyamensing and capping off past Hunting Park, this residential stretch spans 22 blocks of row homes.


A week before the festival, the organizers set out on foot, personally inviting every resident of each block of Mole Street to the block party.

By inviting everyone who calls Mole Street home, the idea is to inspire each block to host their own Molestice festivals, essentially growing a single block party into an all day vertical music festival that runs the length of the city. Walsh envisions each block booking their own acts, making for an innovative way to bring diverse sections of the city together. It’s a grand plan and one that would bring both a sense of community and connection through shared musical experiences.

Between the Roots Picnic, Made in America and Mad Decent Block Party, the city certainly isn’t hurting for festivals. The problem is, even with the homegrown nature of these events, tickets are often times pricey. Between generous corporate sponsorship from Capital One and a block full of devoted supporters, Molestice is a festival that’s all about serving the city’s music-loving residents.

"At the end of the day, the goal of Molestice is to give Philadelphians of all socioeconomic backgrounds access to free music," Walsh said.

Molestice is happening Saturday, June 24, from noon to 8 p.m. The event is free to attend but tickets are required.