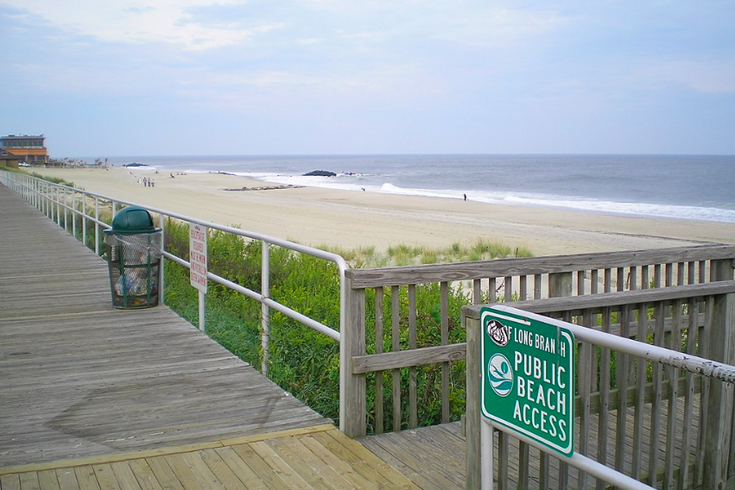 Cleanup crews with the volunteer Surfrider Foundation were out in full force Friday morning to clear trash and debris from more than a dozen Monmouth County beaches that were temporarily closed to the public as a precautionary measure.

The non-profit environmental organization said there were needles among the garbage that washed ashore and urged the public to wear close-toed shoes or boots.

Thirteen beaches were closed early Friday by the New Jersey Department of Environmental Protection after trash was observed about 1,000 feet off the coast.

DEP spokesman Larry Hajna said it was not typical to see so much garbage impacting beaches at the Jersey Shore.

"It's not that common," Hajna told PhillyVoice.

"This material was probably coming out of the [New York] harbor and Raritan Bay as a result of a combined sewer overflow from heavy rains."

Hajna said ocean currents normally run north along the coast, but were instead heading south. Water coming out of the Raritan Bay generally heads east and north.

"Those are not typical weather patterns at this time of year," Hajna said.

"The currents transported the material into northern Monmouth County and winds were blowing onshore."

All of the closures were lifted by 11 a.m. Friday and beachgoers were given an all-clear to swim. Visitors were urged not to pick needles if they see them.

"Municipalities are well-equipped to deal with these issues," Hajna said.

"They rake beaches daily throughout the season because trash can come from stormwater drain discharges — and also from what people leave behind."

The following beaches were closed temporarily but have since reopened.

"We're going to continue to make sure that everything is in good shape," Hajna said.

"We'll monitor weather patterns and make sure the public is safe."