Authorities: Philadelphia man held women, forced them to work as his prostitutes 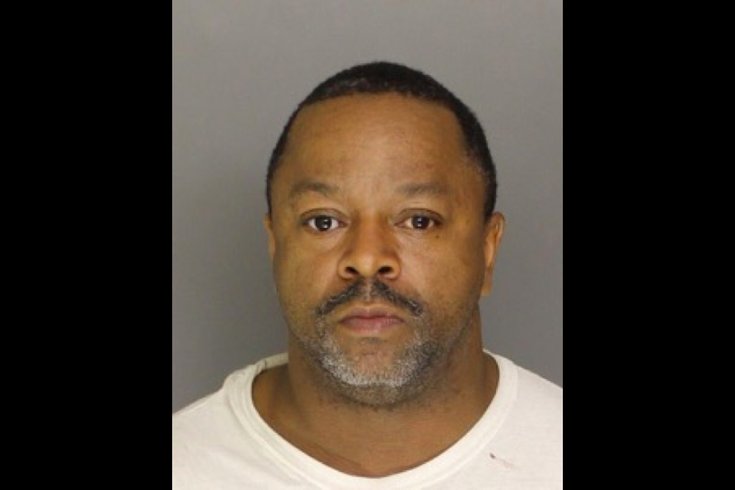 Bruce "Cash" Steele, 44, of Roxborough, has been charged with 34 felony counts of prostitution, involuntary servitude, human trafficking and related offenses.

A Philadelphia man who allegedly ran a multi-county human trafficking operation recruited drug-addicted women off city streets and then held them as slaves in his home, authorities said Thursday.

There were at least seven victims, including several who lived at the man's Roxborough home who were under constant surveillance – with video cameras throughout the home and an alarm on the front door, according to court documents. One woman alleges the man told her he would kill her if she tried to leave.

Bruce "Cash" Steele, 44, was arrested last Friday at his home in the 7900 block of Henry Avenue, according to the Montgomery County District Attorney's Office. He faces 34 felony charges related to human trafficking, prostitution, involuntary servitude and related offenses.

Law enforcement officials believe that from April 2013 through Aug. 11, Steele was trafficking women for prostitution in a five-county area, including Montgomery County, Philadelphia County and other areas of Southeastern Pennsylvania.

"He would always say I was free to leave, but when I would say that I wanted to, he would threaten me," one victim allegedly told police. "On one occasion, he actually said that if you ever leave, 'b***h I'll kill you'."

Court papers detail each victim's ordeal, with one of the women telling police she escaped from his home and did not want to return "to be trapped there and end up being his slave."

Victim statements to police in the court documents detail how Bruce Steele allegedly prowled around Kensington, looking for women who were addicted to drugs to recruit into his operation. Once he got a woman to accept him as her "pimp," the documents contend, Steele would confiscate his victim's identification cards, keeping them in his possession and refusing to return them, while he placed online ads for the women to work as prostitutes.

Steele would keep the proceeds from prostitution, instead paying the women with drugs, court papers said.

"He subjected trafficked women to involuntary servitude through the use of violence, the threat of violence, coercion, duress, and by providing or withdrawing access to the drugs to which the victims were addicted," said a statement from the Montgomery County district Attorney's Office.

Court documents note that many of the victims were addicted to heroin — though at least one victim told police that she was addicted to cocaine — and Steele provided the victims with drugs only after they had given him all the money they had made at the end of the day.

Steele had a specific amount that each victim was expected to pay him daily, and if the proceeds were short he got violent, court documents allege. In one instance, a victim told police that when she told Steele that business was slow, he beat her and shoved his penis in her mouth until she vomited, before sexually assaulting her, authorities alleged.

Court documents note that the woman had wounds to her face and left arm during her interview with police.

Steele was arraigned on Aug. 12 and he is currently in custody on $1 million bail. Steele's preliminary hearing is scheduled for Aug. 25.

The District Attorney's Office is asking anyone who might have more information about Steele, including possible prior victims, to contact the Montgomery County Detective's Office at 610-278-3368.