By Lindsay Patton-Carson
PhillyVoice Contributor
Wellness The Monthly Migraine
from 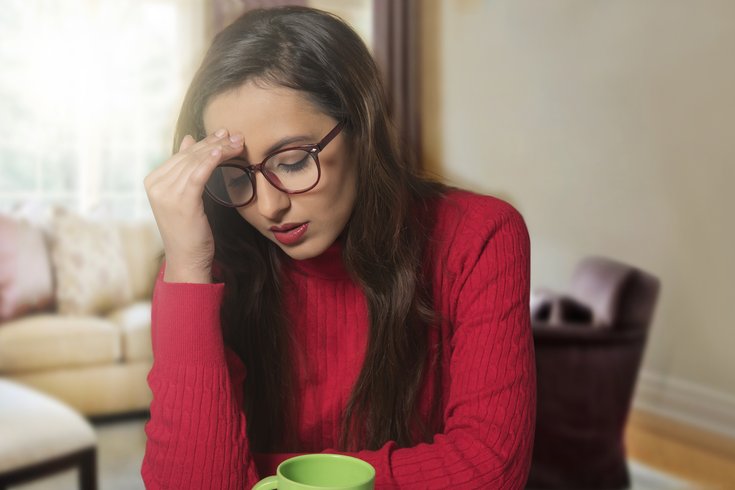 To truly mature, the body acceptance movement needs to extend beyond the way people look to include people with disabilities.

Brands and corporations have been incorporating the movement into advertising and product offerings, but the positivity we’re seeing mostly applies to body size and race, if that. (See: Victoria’s Secret.)

These can be good things, but there are a lot of bodies in this world and if the goal is to create a culture that is accepting and loving of different bodies, we must include all bodies. There’s a difference between an advertisement seeking diversity bonus points and actively incorporating body positivity in all of its forms.

If we really want to build a world that has body acceptance woven into it, then we need to start thinking of bodies outside of how they look.

For people with disabilities, body acceptance is a much more appropriate way to frame the conversation. Personally, having a disease/disability is a daily challenge that fluctuates each day. I never know what my pain levels will be like day to day, nor do I feel much positivity toward a neurological condition that incapacitates me for days. Body positivity is an important part of the relationship I have with my body, but acceptance is more appropriate for the relationship I have with my disability. I see it as an everyday part of my life, as opposed to something I need to celebrate or be optimistic about. Trust me, I am definitely not optimistic about having a migraine, but I am on my way to accepting it.

For me, I never thought about my disease as part of the body acceptance movement. Being naturally thin (I have no curves to love), I was a passive participant in the movement, strongly believing I needed to stay in my lane. Up until a few months ago, I realized I was looking at the movement all wrong. I am part of this movement and bodies and body politics are extremely complicated. They are more than what our skin looks like or how much mass we take up in this world, giving the movement a long way to go to reach maturity.

The biggest growing pain within the movement is that it often overlooks the people who need the movement the most. People with disabilities already are marginalized in our society, and even more so for people of color or trans individuals. While our society is praising ad campaigns with diverse shapes and sizes, trans people and trans people of color face disproportionate health issues that haven't been an integral part of the movement, despite them needing to be.

“Research has consistently shown the high prevalence of disability among transgender people,” according to the Disability Rights Education and Defense Fund. “(The National Center for Transgender Equality's) 2015 U.S. Transgender Survey reported that 39% of the nearly 28,000 transgender respondents had one or multiple disabilities, as compared with 15% of the general population.

”People in the trans community are already marginalized and policed for their bodies in addition to being at a higher risk for disabilities. However, the body positivity movement often ignores these statistics and others, pushing marginalized bodies further into the fringe.

HOW INCREASED BODY ACCEPTANCE CAN HELP PEOPLE WITH DISABILITIES

The body positivity and acceptance movements are up against systemic, ingrained and misinformed beliefs that easily are overlooked, and it’s no fault of the movement. It’s hard enough to convince people to love themselves in a world designed to prey off of our weaknesses, so it’s understandable that the movements are not yet where they need to be.

Acknowledging the movements are still in their infancy does not undermine the positive cultural shift happening. Body acceptance is good for every person on the planet, but especially more helpful for people with disabilities, who are fighting every day to have their bodies accepted by society and are still not having their voices heard.

In fact, between 2010 and 2017, more than one million employment discrimination complaints have been filed with the United States government. And in 82 percent of those cases, the worker did not receive any compensation or accommodations for their disability. So, one of the easiest things you can do right now is to accommodate employees with disabilities or stand up for your colleagues with disabilities.

This is part of body positivity’s flaw. You can be as positive and accepting of your own body as you can be, but that won’t change other people’s perceptions or treatment of disabled bodies. Positive and accepting perceptions from society is essential to help lessen the message that disabled bodies are “other.” That’s why it’s important to have able-bodied allies speaking up alongside people with disabilities.

We’re not almost there, but we are getting there. Every person has a body, which means we all have the capability to get the body acceptance movement to the place it needs to be.