The Monthly Migraine: Pregnancy with migraines

7 women share their stories so you know what to expect 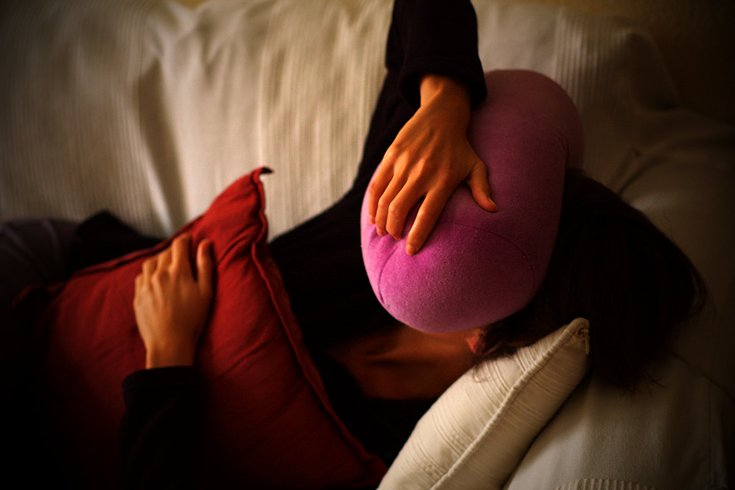 Since PhillyVoice approached me about writing a migraine column, you’ve heard a whole lot about me. Maybe too much. We’ve been through a lot together: you’ve found out about how much I vomit, what a major pothead I am when I get an attack, how I barely have a social life anymore… at this point, you probably want me to just shut up.

Guess what. I’m going to!

Every person struggles with migraine differently. My stories may resonate with some, but do not represent every person with this disease. This month, I talked to women about how migraine comes into play with family planning – whether it’s planning pregnancy, dealing with migraine during pregnancy or the postpartum hormone changes that can affect the disease.

Each woman’s story is different, but they are all tied together by the migraine struggle.

A lot people who do not suffer migraines don’t understand the impact they have on family planning and pregnancy. When you experience migraines, it’s scary to think about how your body’s changes during pregnancy can affect the disease – especially since all pain medications are off the table while pregnant.

So I’m taking a step back and letting a few migraine warriors tell their stories. While they are all different, there are still many things in common. While fear and uncertainty are big themes, so is resilience, determination and deep love for their families. I hope these women inspire you as much as they have inspired me.

“I get chronic migraines. I used to have two to three a week, though after working with my doctor it is down to three to five a month. I've become rather skilled at working through them and accepting the pain and misery, but every few months I get one that knocks me off my feet and has me in fetal position until it's over. Simply put: I can't imagine the responsibility of caring for children when those hit.

“Making my situation more complicated, my husband works in aviation and is gone for four to nine days at a time. Imagine if we had kids and he was gone when one of those migraines hit. It's always a fear nagging at the back of my mind.

“That being said, I have no intentions on letting it deter me from when we decide we want to have kids. I have blind faith that our families being local and willing to help – or sheer force of willpower – will keep me going or get me through those inevitable experiences.”

"My migraines became silent during both pregnancies (aura only, no pain). Sadly, the pain returned after I finished breastfeeding ... Silent migraines are only mildly inconvenient compared to searing pain behind your eyeballs. Having said that, I experience severe visual aura lasting 30-60 minutes and prodrome confusion lasting 24-48 hours, followed by the “pain” portion, which typically only lasts four to eight hours. I usually just take something to sleep, even if it’s midday. Better to screw up my sleep schedule than experience all of that pain.”

“I was absolutely terrified about possibly having a migraine during pregnancy because I knew if I did get one, there's very little I could take to make it go away. Pregnancy is already rough on women. Compound that with a migraine, and that's a recipe for disaster .…

“My migraines, unfortunately, got worse during pregnancy and I think that's because I couldn't take medication strong enough to get rid of them. I remember one migraine that wouldn't let up. I'd had a headache for two weeks straight and then it turned into a full-blown migraine after a particularly stressful day. After three days of hiding in my dark bedroom with the migraine, I'd reached the last straw, sobbing in bed. I was so miserable.

“The sobbing, of course, made it worse. It seemed like nothing I did made it go away so I scheduled an appointment with my OB-GYN the next morning to do something. That next morning though, it went away.”

“When my husband and I were first talking about adding a little one to our family, migraines were never a topic of discussion or reason for me not to try.…

“The first trimester into the second was when they were the worst. I spent a lot of time in dark silence with cold packs and a puke bucket on hand. It seemed like I was getting them at least twice a week, sometimes more. My migraines calmed down after the second trimester, though. After I gave birth, I had the added stress of being a new parent, so I was still getting them – just not as frequent as when I was pregnant. Luckily, newborns sleep most of the day, so whenever he did – even if I wasn’t tired – I would just tell myself it was OK to try and relax and take it easy.

“No new parent should ever beat themselves up over selfcare, because if you’re not well, your kid isn’t going to be either, and babies can sense your stress even if you think you’re OK. The more you’re stressed, the more they’re stressed.

“Now, almost three years later, I’m pregnant with our daughter and nearing the third trimester. I’ve had maybe two migraines this pregnancy. So, not even remotely close to as terrible.”

“I was diagnosed with migraines at eight years old. I have over 15 a month on average. I struggle with tension, sinus and migraine headaches – with at least one of these daily.…

“My migraines got ASTRONOMICALLY better when I was pregnant. I'd say I had maybe a total of five the whole nine months. I was so relieved. I was busy dealing with more pressing issues such as being able to eat and drink without throwing up all nine months, but when they were there, they were not as intense. … After birth, my migraines got right back to the grind, unfortunately. As a matter of fact, I almost feel as if they got worse.

“I have tried every medication on the market, including Botox, with no improvement and if you are trying to get pregnant you cannot be on a preventative because it's unsafe. Needless to say, it has been a very stressful and painful ride."

Dee Patton (aka, my mom)

“I did suffer from migraines prior to my pregnancy. They started at about age 24 and were sporadic. I didn’t have any worries about migraines at the time: one, because they weren’t at the frequency of totally disrupting my daily functions and, two, I desperately wanted to start a family. I took the risk since I knew without a doubt that I wanted a child.

“As I entered my second trimester, my migraines then became more frequent and debilitating. Unfortunately, being pregnant, I couldn’t take any type of drugs. My doctor was very strict and even wanted caffeine and cold medicine eliminated during the pregnancy. I was fortunate that my migraines got better after delivery of my beautiful eight-pound girl.”

“I've always wanted kids, so there no question I would try – regardless of how bad the migraines might be. I suffered long before my first pregnancy: they started at 25 and got to the point where I was having them two to three times a week. … During my first pregnancy, I had almost no migraines at all once I got past my first trimester. If I did, they were mild. It was probably the healthiest six months I had in years.

“A few years later, feeling optimistic about another migraine-free pregnancy, I got pregnant with my second child and for all nine months I was in a world of hurt. … The only thing you can take for pain during pregnancy is Tylenol. I always tell people that I may as well be taking a Mike & Ike because that’s how effective Tylenol is on a migraine. My treatment for my second-pregnancy migraines were two extra-strength Tylenol, a small can of Coke, an ice pack and a dark room, praying that if I can get to sleep it will ease up.

“I also supplemented this treatment with preventative chiropractic care. I know it doesn't work for everyone, but I truly believe that some chiropractors can work miracles and I was lucky to find one who could.”