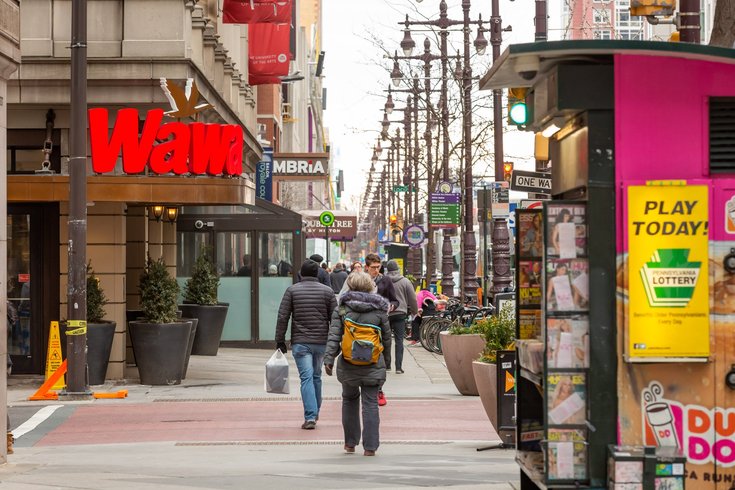 The number of tobacco retailers in Philadelphia has dropped considerably since the city adopted more stringent license regulations, according to a study published in the American Journal of Public Health.

There are 659 fewer licensed tobacco retailers operating in the city since new licensing regulations took effect three years ago, according to a study published Thursday in the American Journal of Public Health.

The new regulations capped tobacco permits at 1 per 1,000 people in each of the 18 city planning districts, though a grandfather clause currently keeps many districts above that limit. They boosted license fees from $50 to $300 and prohibited new tobacco retailers being within 500 feet of school property. They also attached stronger penalties, including license suspensions, to youth sales violations.

Such regulations have become more popular throughout the United States, but Philadelphia is the only city to adopt all four strategies, according to the study.

The regulations particularly benefitted lower income neighborhoods, which have a higher density than the city's wealthier neighborhoods. Researchers expect the permit caps to close that disparity over time. Tobacco licenses will dwindle as retailers sell or close their business, or lose their privileges by repeatedly incurring youth sales violations.

The regulations also reduced the tobacco exposure of some 84,000 youth at more than 200 schools, researchers found. Researchers found this "particularly encouraging," given the increasing rates of teens using cigarillos and e-cigarettes.

The research was conducted by members of the city's health department, the University of Pennsylvania and Temple University. Researchers analyzed data from more than 23,000 tobacco permits approved over an eight-year span. Permits must be renewed each year.

Philadelphia has the highest smoking level of the 10 largest cities in the United States, according to city health officials. More than 3,500 residents die of tobacco-related deaths each year.