Most victims are between ages 12 and 14, researchers find 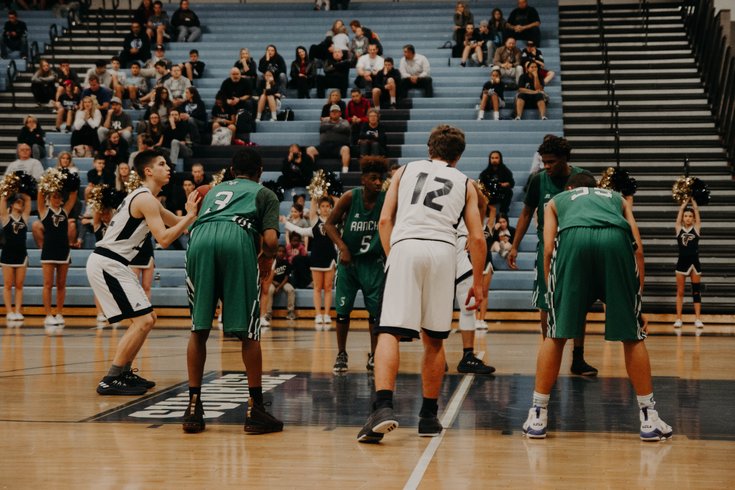 The vast majority of American youth who die suddenly while playing sports are middle school age children who experience a cardiac event, according to a new study by the National Athletic Trainer's Association.

The vast majority of American youth who die suddenly while playing sports are middle school age children who experience a cardiac event, according to a new study by the National Athletic Trainer's Association.

Researchers examined 45 sudden sports deaths that occurred between 2007 and 2015 among children ages 6 to 17. Sudden cardiac events caused 76 percent of the deaths. Most of the victims – no matter the cause – were between the ages of 12 and 14.

States generally require that high school athletes complete a sports physical with a medical care provider before participating in school-sanctioned sports, according to Dr. David Shipon, director of preventive and sports cardiology for Jefferson Health.

But he said those standards are looser at younger ages, primarily because experts believe the risk of sudden cardiac arrest is greater among high school and college athletes.

"This article puts that into question," said Shipon, who was not involved with the study. "Is it truly higher risk or is it that we never really had the true data?"

More research – and better databases, including those on sudden cardiac arrest – are needed to truly understand the situation, Shipon said.

There is no streamlined database that documents sudden deaths in youth sports. Therefore, the researchers compiled their data by searching for deaths reported by media outlets.

Still, many of the findings of this study mirror the research on high school and collegiate athletes, Shipon said. It suggests that states should consider requiring middle school athletes to complete a pre-participation examination, too.

"The issue is that middle school sports has a less structured policy than high school sports when it comes to a pre-participation physical," Shipon said. "There is less emphasis on this issues, likely because a lot of these kids are playing in recreational sports. They're playing outside of the school."

About 58 percent of the sudden deaths occurred among organized middle school sports and clubs, researchers found. Another 40 percent happened in recreational and youth sports leagues.

"The question always comes up – is there a way to predict these events?" said Dr. Neel Chokshi, medical director of Penn's Sports Cardiology and Fitness Program, who was not involved with the study. "Could we have identified these kids ahead of time? That's a really difficult question that a lot of people are trying to address."

Having youth athletes complete a pre-participation physical could potentially help reduce sudden deaths, Chokshi said. But he cautioned that screenings do not always identify predisposition to sudden cardiac arrest. Sometimes, it takes participating in athletics for those signs to become apparent.

"The best option is to just be prepared on the really rare instance that such an event would occur," Chokshi said.

That includes having defibrillators on hand at athletic events – and people who are trained to use them and administer CPR. Organizations like Simon's Heart, a nonprofit based in Lafayette Hill, Montgomery County, have worked to reduce the challenges associated with providing these lifesaving measures.

"While high school and college sports usually get the spotlight when it comes to the prevention of catastrophic health and injury events, this study confirms the need to extend best practices and policies to the youth and recreational levels to protect all youth athletes," Lindley said in a statement.

More than two-thirds of sudden deaths happened during practice, researchers found. About 80 percent of the victims were male. Previous research showed that incident rates for sudden cardiac arrest are highest among African-American males.

NATA and the National Basketball Athletic Trainers Association jointly released a series of recommendations that could help prevent future deaths.

They urged parents to ensure their athletes get a checkup from a medical provider trained in detecting cardiovascular problems before they begin playing basketball – even if such an evaluation is not required by the school or league.

The associations also suggested parents ask whether a medical trainer and someone certified in CPR will attend practices and games. Additionally, parents should inquire about venue-specific emergency plans that outline the actions to be taken in case of an emergency.

The study was conducted by researchers at the University of Connecticut's Korey Stringer Institute. A former NFL lineman, Stringer died after suffering heat stroke during training camp in 2001. NATA published the findings in its Journal of Athletic Training.