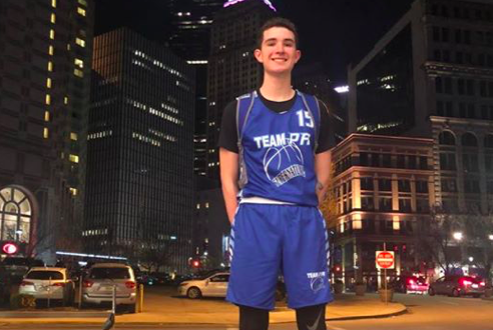 Jonathan "JT" Kuhn, a guard/forward for the Big Spring High School Bulldogs, had a heart attack last Thursday and remained hospitalized through the weekend, according to PennLive.

RELATED: Nearly half of all U.S. adults have cardiovascular disease, according to study

Kuhn's mother, Jennifer, a third grade teacher at Newville Elementary School, said on Facebook on Monday that her son will be an organ donor.

Though not common in children and teenagers, there are warning signs for heart attacks in young people who sometimes have undiagnosed abnormalities that heighten their risk. Some studies suggest as many as 500 sudden deaths occur in U.S. children ages 10 to 17 each year, in many cases because of cardiac arrest incidents.

Some health officials now advise the same standard of cardiac screening for high school athletes as is mandated by many NCAA colleges. That would include a review of common risk factors from family history to blood pressure and symptoms.