Kyle Williams, who works as a Center City doorman, says he was stopped and asked his beliefs 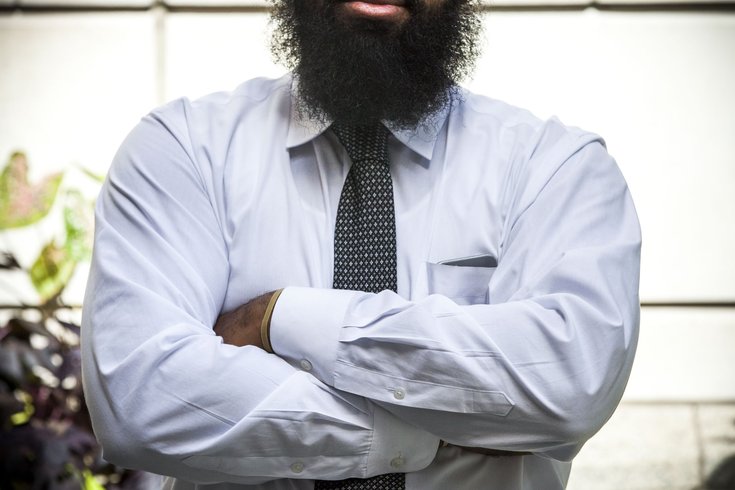 Kyle Williams, 28, a West Philadelphia man who has worked as a doorman in Center City for three years, says he felt profiled when he was stopped by law enforcement officers on his way to work Friday morning. He asked PhillyVoice not to show his face.

Kyle Williams was looking forward to Pope Francis' visit to Philadelphia even though he's an African-American who follows the Muslim faith – at least until he got stopped and apparently profiled by a law enforcement officer while on his way to work in Center City on Friday morning.

Williams, 28, usually drives into work from his home in West Philadelphia to his job as a doorman at at a residential building on 18th Street.

But Friday, he took public transit and walked, thinking the commute would be a hassle.

The short walk at about 10 a.m. from 22nd Street proved a bigger hassle than a ride.

When he got to 21st and Chestnut streets, there were a pair of National Guardsmen on one corner and an unmarked large sedan with overhead lights on the other.

One of the two men in the sedan asked him for identification and also asked where he was going.

The Caucasian man wore plainclothes. A badge hung from a lanyard around his neck, but Williams could not make out what it said. The white man next to the questioner was dressed similarly.

Williams, who describes himself as brown-skinned with a very long beard, said he handed over identification.

The questioning officer asked: "So, what are your beliefs?"

Williams responded: ""Excuse me, what did you say?"

The questioner then responded, "Have a nice day," and handed Williams his ID.

"I felt stereotyped," Williams said later. "Not all African-American men with beards are what many people assume them to be. And it angered me. That's nobody's business."

"But there are a--holes everywhere," added Williams.

A spokesman for the Secret Service, which has overall responsibility for security during the pope's visit, said he did not know immediately which of the dozens of law enforcement agencies providing security was on patrol at 21st and Chestnut this morning.