Neighbor says nude man was handcuffed around 15th and Ridge 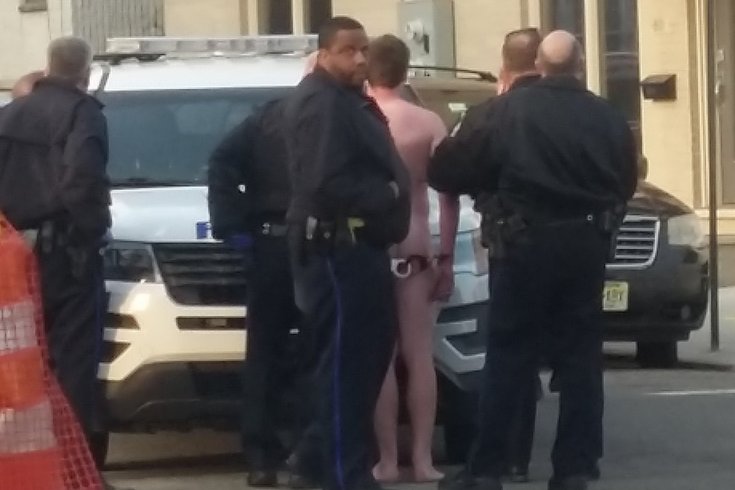 A naked man is apprehended near the corner of 15th and Ridge on Friday evening.

A man was handcuffed in Philadelphia after roaming around in his birthday suit, according to a neighbor.

Colleen Kelley told PhillyVoice she stepped out of her residence in the city's Francisville neighborhood around 6:30 p.m. Friday and saw a group of people standing around, taking pictures and laughing.

They were an audience to the unidentified man, who was butt naked and being apprehended on the corner of 15th Street and Ridge Avenue.

Kelley said the man didn't appear to be causing much of a commotion, although she didn't see what happened before the man was stopped by police.

It's unclear if the man has been charged with anything. Police didn't immediately respond to a request for comment Saturday afternoon.

It's also unclear why the man was in the nude, but it's probably safe to say he should have waited a few months for the annual Philly Naked Bike Ride.