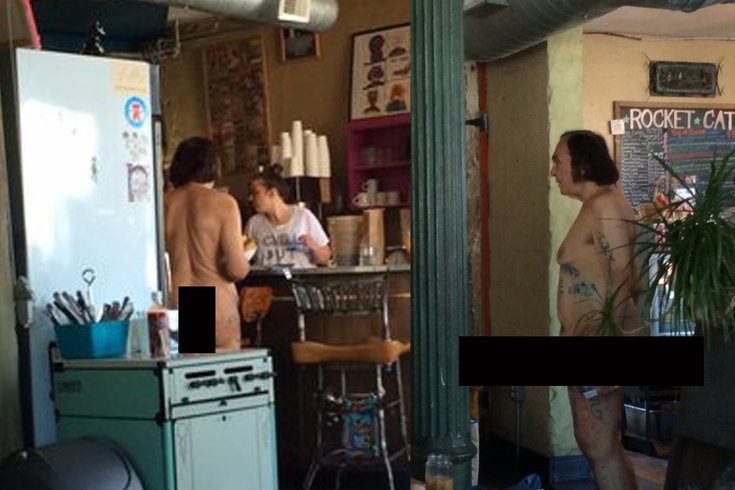 PNBR deeply apologizes for the events that took place at Rocket Cat Cafe. We apologize for not having done our due diligence to understand the intent and means of promotion that were going to take place. The actions that took place are not in line with our Code of Conduct and we apologize for the disturbance and offense that were caused by this individual's  actions and response. For this reason, we have asked him to stop his association with PNBR. We do not condone or plan on holding this type of promotion in the future.

Though Dimitriou had pre-approved the promotion with the cafe's owner Karen Breese, there seems to have been a major miscommunication. According to Breese, she agreed to let Dimitriou pass out fliers in the shop while naked but believed he'd be respectfully covered in body paint while doing so.

"My perception of what body paint means is not a couple of paint splashes on somebody's torso. That is not what I was picturing, and I should have asked what that meant to him so we were on the same page."

Not only was Dimitriou uncovered, but he also apparently showed up earlier than expected, and Breese wasn't on the premises to handle the matter. Adding insult to injury, Breese's note to her employees warning them of the event somehow went unreceived. They were just as shocked to see him as the cafe's patrons.

Needless to say, customers were displeased with the surprise. Dimitriou was able to walk around the cafe for about an hour, spreading awareness for the event, which encourages positive body image. A particularly scathing Yelp review from user Sarah Grey admonished the eatery for the incident: "So if you like coffee shops that inflict naked creepers on you and your children without warning or consent, you'll love the Rocket Cat!"

Breese posted an apology to the cafe's Facebook page Friday, noting she takes full responsibility for the incident.