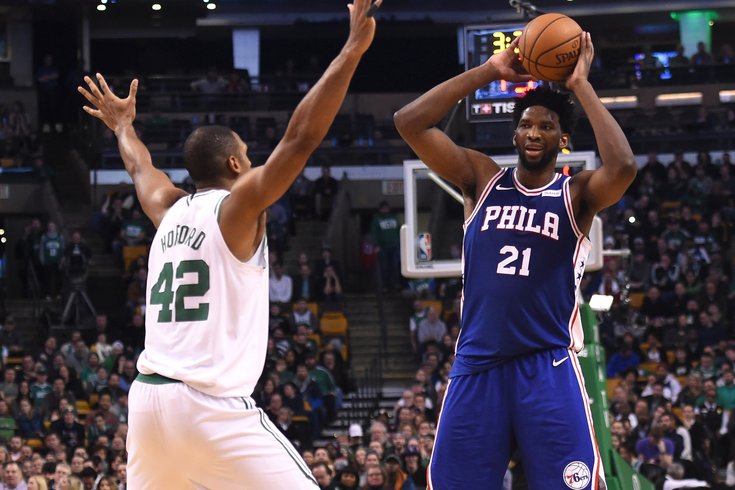 If Philadelphia 76ers centerpiece Joel Embiid has had one kryptonite over the past few years — health concerns aside — it has been Al Horford of the Boston Celtics.

The 33-year-old power forward's mental discipline, technique and leadership have flustered Embiid repeatedly in the biggest moments of important games against Boston, whether it's the regular season or the playoffs.

When Horford opted out of his contract with the Celtics last week, it came as a shock to a team that's seen its multi-year plan unravel in the span of a few months. Horford indicated he does not plan to return to the Celtics — and the Sixers were among four teams he'll consider joining.

RELATED: Sixers' minority owner David Heller has sold his interest in the team

Keeping a close eye on Embiid's social media activity can sometimes surface clues about what the Sixers might do. It's at least notable that the latest person Embiid followed on Twitter is none other than Al Horford. 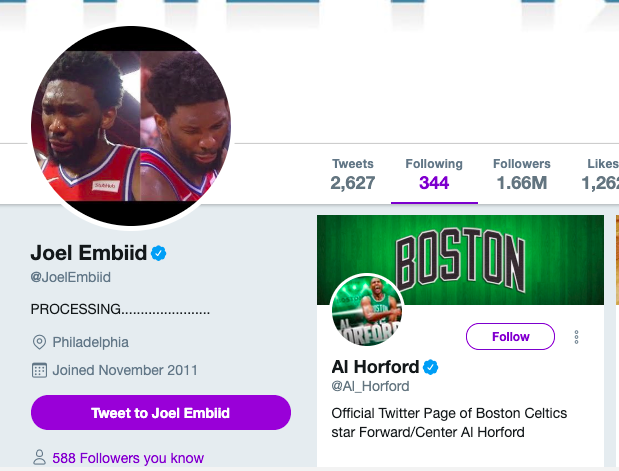 Speculation about the Sixers pursuing Horford has only heated up after yesterday's report that the Houston Rockets plan to pursue free agent Jimmy Butler in a possible sign-and-trade deal. It's doubtful that scenario would leave the Sixers adequate cap space to land Horford, but if the Rockets report is a sign Butler wants out of Philadelphia, then the Sixers could just let him walk away and use some of the space they had slotted for him to chase a guy like Horford.


Embiid and Horford would be an imposing front court duo. It was a bonus to learn he'd be leaving Boston, but the possibility of him joining the Sixers would be a fairly decent consolation for losing Butler as part of a larger off-season strategy.