Blink, or grab something from the fridge, and you could miss it 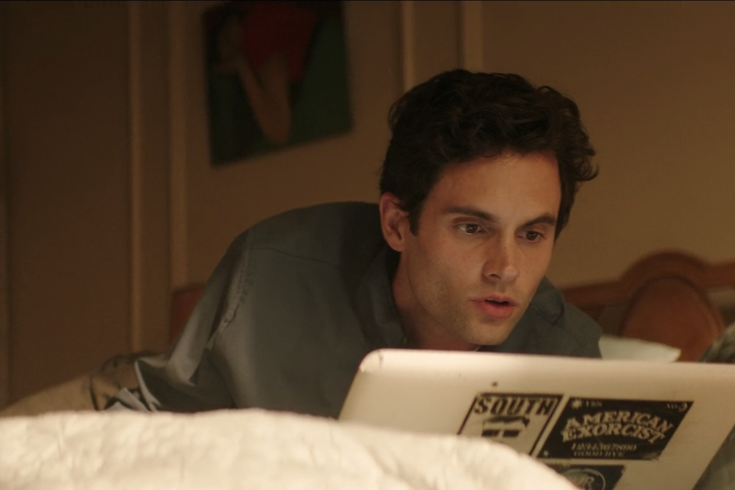 The stickers, in all their glory.

There’s a television show called “You” — yes, we’re clearly running out of TV show names — that everyone's talking about. We're sure you've heard of it.

(Netflix makes it hard to officially find out what's actually being watched in a given week, but just look at this Google Trends graph of searches for “You Netflix” and you’ll see what we mean.)

MORE: What to watch on Netflix, Hulu and Amazon when you get snowed in this weekend  |  Watch M. Night Shyamalan's 'Split' before 'Glass' release, get free Philly swag

After an underwhelming first season on Lifetime, “You” brought its second season to Netflix, which basically led directly to the bump.

“You” is going to be a Netflix original from now on, which means (if it continues to be regarded as a solid television show) it’ll probably be one of those names you keep hearing, like “Stranger Things” and “Black Mirror”, for years to come.

What makes this neat for Philadelphians? A pair of stickers on the laptop of the show’s character Beck:

Hey it’s @pennbadgley with some South Fellini and @AmericanXorcist stickers on his laptop for his new series You on Lifetime 🖤 pic.twitter.com/bWXez7ok6v