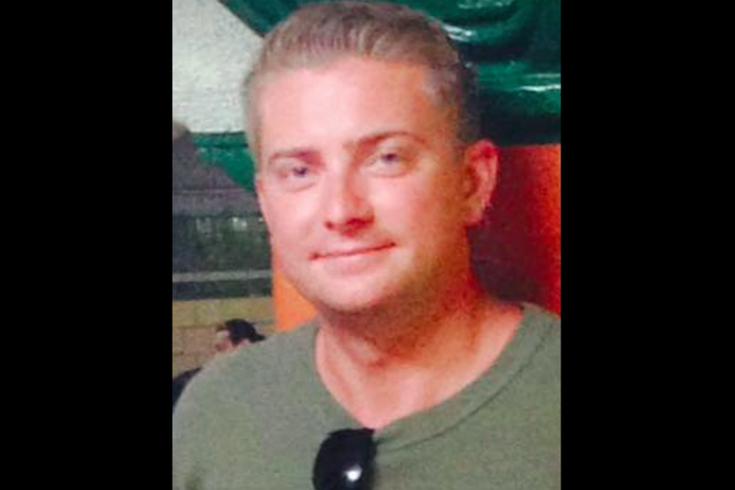 A New Jersey family dealing with the tragic loss of their 32-year-old son warned in an obituary this week that anticipating an opioid relapse can be a matter of life and death, even once.

Carter Stone, originally of Redbank in Monmouth County, died of a heroin overdose on Sept. 26 after seemingly turning the corner on an addiction that had derailed him over the previous year.

Stone initially used prescription opioids to deal with "stressful situations," the family wrote in their obituary, first published by the Asbury Park Press. A car crash and a back injury deepened his dependence.

"When prescription opioids run out, many turn to heroin," the family wrote. "In a matter of a couple months, heroin took a hold of Carter and never let go."

Prior to his fatal overdose, Stone had sought professional treatment and began working in the online sales department of an Atlantic City car dealership.

He was living one day at a time and was incredibly proud of his hard work. He dreamed of having a family, working hard and living life to the fullest. He felt happier than he had been in a long time.

Sadly, a momentary lapse of judgment, resulted in a relapse that took Carter's life from him in an instant. If you know someone who is suffering from addiction, please seek out resources to help. If something doesn't seem right with a friend or loved one, listen to your intuition and speak up. Please don't wait. It could mean the difference of life or death. Most importantly, always tell your loved ones how much you love them.

The Stone family's obituary comes as the state of New Jersey files a lawsuit against Insys Therapeutics, maker of the powerful opioid-fentanyl drug Subsys.

Prosecutors, calling the company's conduct "nothing short of evil," allege Insys broadened the drug's patient population by submitting false claims and pushing its sales force to target individuals with any type of chronic pain, rather than limiting Subsys to the narrow purpose of treating breakthrough cancer pain.

Massachusetts reached a $500,000 settlement with Insys over similar allegations surrounding the under-the-tongue spray.

In communities across New Jersey on Friday, thousands of people will participate in the second annual Knock Out Opioid Abuse Day to raise prevention awareness among families and healthcare providers.

A memorial service for Stone will be held at Tower Hill Church in Redbank on Oct. 10 at 1 p.m. In lieu of flowers, the family has requested donations to establish a scholarship fund to help a person without the means to seek addiction support. Information on how to make a donation can be found here.