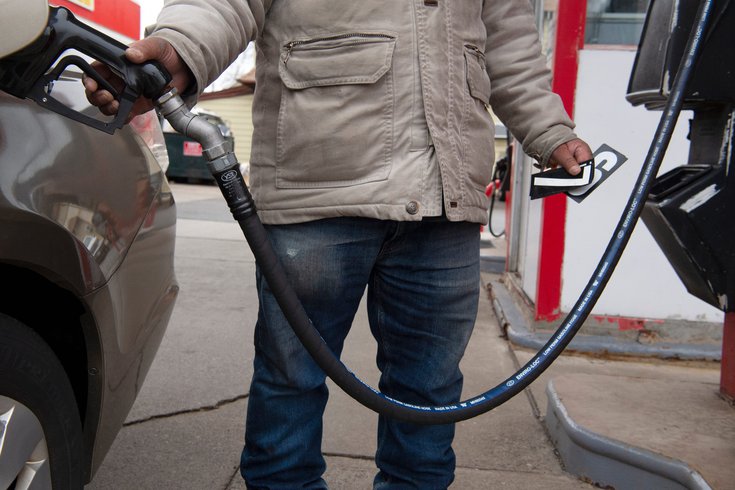 A gas station attendant pumps fuel in Fair Lawn, New Jersey earlier this month. New legislation would permit self-service in the state for the first time since 1949.

One of the biggest quirks of driving in New Jersey is that motorists cannot pump their own gas. Another, of course, is all the Jersey lefts.

New Jersey is the only state that forbids self-service without exception. But a bipartisan group of state legislators have kickstarted the latest effort to get rid of the 73-year-old law, enacted in the name of safety.

The Motorist Fueling Choice and Convenience Act, introduced Monday, would give drivers the option to pump their own fuel and give gas stations more flexibility in regard to providing attendants, NJ.com reported.

Stations with more than four pumps would still be required to have a full-service option between 8 a.m. and 8 p.m., but smaller stations would be permitted to offer self-serve, full-service or a combination.

The bill also would allow stations to give a discount to drivers who pump their own gas and prohibit counties and municipalities from implementing bans on self-service stations.

All stations still would need to have call devices for drivers with disabilities who need help fueling up. Stations would not be permitted to charge these drivers extra for the assistance.

The legislation is supported by the New Jersey Gasoline and Convenience Store Association, a trade group for gas station operators. The group estimates the legislation could knock $0.15 off the price of a gallon of gas.

Additionally, gas station owners say they have had trouble hiring attendants amid a tight labor market.

Gas prices have soared nationwide. The average price in New Jersey is currently $3.65, up from $2.84 this time last year, according to the American Automobile Association.

President Joe Biden and some of his allies in Congress have floated the possibility of a federal gas tax holiday as a way to ease the burden on consumers.

Although high prices are certainly part of the impetus behind the New Jersey legislation, many supporters see it as a personal freedom issue, as well.

That includes Assemblyman Ned Thomson, a Republican from Monmouth County, and Assemblywoman Carol Murphy, a Democrat from Burlington County.

"Motorists in every other state are able to pump their own gas, and if a consumer wants to choose to not wait for an attendant, that choice should not be denied to them by state law," Thomson said.

Murphy's take on the issue was essentially the same.

"By providing a hybrid model, we can give consumers the option to do what they prefer when it comes to filling their gas tanks," she said.

Even though similar bills have been repeatedly introduced in the past, the current proposal may face an uphill battle in a state where full-serve stations have been the norm for close to a century.

In 2012, former Gov. Chris Christie said such a change is "never going to happen." Gov. Phil Murphy had the same take on the topic when a reporter asked him about it in 2019. "I will not commit political suicide this morning," he said.

Although New Jersey is the last state that has a self-serve gas ban with no exceptions, Oregon has a similar mandate in place. The difference there is that in 2015 the rules were relaxed in rural parts of the state so that drivers could pump their own gas at night.