Executive director a no-show for hearing, as one mother testifies that 'HESAA destroyed my family,' ProPublica reports 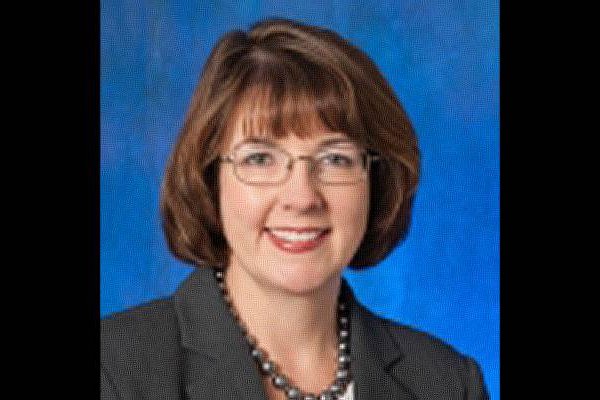 Gabrielle Charette, Esq. is executive director of the Higher Education Student Assistance Authority in New Jersey. She was a no-show at a recent hearing before the state senate.

Almost a dozen people with harrowing experiences with New Jersey's controversial student loan program testified on Monday before state lawmakers, detailing its aggressive collection tactics and onerous terms that some said had ruined them financially.

"HESAA destroyed my family," Tracey Timony, referring to the state's Higher Education Student Assistance Authority, said at a hearing before the Higher Education and Legislative Oversight Committees of the New Jersey state Senate.

Ms. Timony had co-signed on her daughter's loans totaling $140,000. After her daughter defaulted, Ms. Timony was sued by one of the agency's collection firms and has since declared bankruptcy to get more manageable monthly payments.

The hearing was prompted by an investigation published last month by ProPublica and The New York Times into the agency, which runs the largest state-based student loan program in the country, with nearly $2 billion in outstanding loans.

The agency charges higher interest rates than similar federal programs, the investigation found, and has strikingly broad collection powers. If borrowers fall behind on payments, the agency can garnish wages, seize tax refunds and revoke professional licenses, all without getting a court judgment.

State legislators, who on Monday pushed forward two measures that would give a break to borrowers in the program, said they were troubled by the agency's tactics.

"We need to end this program, start over from scratch and find ways of providing assistance for students so that they can get an education without it bankrupting them," said Sen. Robert M. Gordon, a Democrat from northern New Jersey and the chairman of the Legislative Oversight Committee.

The agency's executive director, Gabrielle Charette, declined to testify at the hearing. Instead, she sent a letter to legislators, explaining that because the agency is currently conducting an internal review, it would be "premature" to testify on the concerns of borrowers and legislators. Ms. Charette added that the agency would brief the state senate in the future.

"We're disappointed that the agency didn't show up," Stephen M. Sweeney, a Democrat and president of the state senate, said before the hearing.

An executive from the agency had previously dismissed reporting from ProPublica and The Times as "one-sided," calling the investigation a "biased op-ed."

As ProPublica and The Times have detailed, repayment of the state loans cannot be adjusted based on income, and borrowers – alongside their co-signers – are given few breaks, even when facing disability or death.

A college graduate who defaulted on his loans after he learned he had cancer and lost his job was sued by the agency for more than $250,000. A mother who co-signed on her son's loans is continuing to pay off his debt, even after he was murdered.

"The design of any responsible student loan program must address the needs of the most vulnerable borrowers," argued David McMillin, a lawyer with Legal Services of New Jersey, a nonprofit organization that provides free legal assistance to low-income state residents.

Over the past five years, the agency has sued an increasing number of borrowers. In 2010, the agency filed fewer than 100 lawsuits against borrowers and their co-signers; last year, the number of suits rose to more than 1,600.

New Jersey's loan program is financed through tax-exempt bonds, which require the agency to keep losses to a minimum.

"Were HESAA not to utilize the tools provided by the Legislature, we would not be fulfilling our statutory requirements or our fiduciary duties to our bondholders," Marcia Karrow, the agency's chief of staff, said in response to previous questions from ProPublica and The Times.

After the hearing, the Higher Education Committee passed a measure that would forgive the loans of deceased borrowers, sending the bill to the Budget and Appropriations Committee for further consideration.

Under the proposed law, parents or guardians who co-sign loans for their children would no longer be held responsible for the loans if their children die. After the death of a borrower, a parent or guardian would have 120 days to provide the agency with a death certificate to get the loan forgiven.

Legislators also proposed on Monday another measure that would require the agency to obtain a court order before seizing wages, rescinding tax refunds or suspending professional licenses of delinquent borrowers.

"It will help the agency not just automatically destroy lives," said state Sen. Sandra B. Cunningham, a Democrat from Jersey City, who is the chairwoman of the Higher Education Committee. "If it goes through the court system, there will have to be checks and balances with it that they don't have now."