New to the list are Minnesota, Ohio, New Mexico, and Wisconsin; people arriving from these places are asked to voluntarily self-quarantine for two weeks 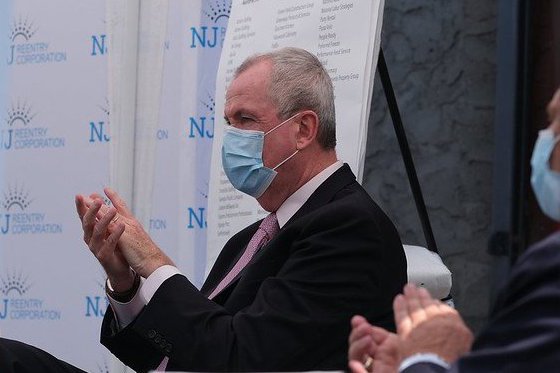 New Jersey updated a COVID-19 advisory Tuesday to add four states and remove one, Delaware. The list now advises travelers from 22 states to do a 14-day quarantine after arriving in New Jersey.

New Jersey officials removed Delaware from its travel advisory on Tuesday, meaning the state is no longer asking visitors from its neighbor to the south to voluntarily self-quarantine for 14 days.

While Delaware was removed from the list, four other states were added. Now, travelers arriving in New Jersey from Minnesota, Ohio, New Mexico, and Wisconsin are also advised to self-quarantine.

The travel advisory applies to states where the positive test rate is higher than 10 people per 100,000 residents or states with a 10% or greater positivity rate over a seven-day rolling average.

Delaware's data from the past week had daily case averages at 9.9 per 100,000 residents, just below the threshold.

Gov. Phil Murphy announced the updated travel advisory in his coronavirus press briefing on Tuesday. There are now 22 states on its list..

"In order to continue moving forward with New Jersey’s restart and recovery process," Murphy said, "I strongly urge individuals arriving from these 22 states to self-quarantine and proactively get a COVID-19 test to prevent hotspots from flaring up across our state."

During the self-quarantine period, people should remain in their homes for two weeks and not leave except to seek medical attention or obtain necessary items, such as food.

Unlike New York's travel advisory, New Jersey's restrictions do not come with a fine. In New York, violating the order is punishable by a $2,000 fine and additional offenses have fines of $5,000 and $10,000, the New York Daily News reported. New York also added Minnesota, New Mexico, Ohio and Wisconsin to it travel advisory on Tuesday, which prompted Minnesota health officials to question the move, saying their data showed that state is below New York's threshold.

New York, New Jersey and Connecticut also announced a joint travel advisory recently, and Pennsylvania has its own for travelers from 19 states.