New migraine drug: A neurologist explains how it works

By Yulia Orlova, University of Florida 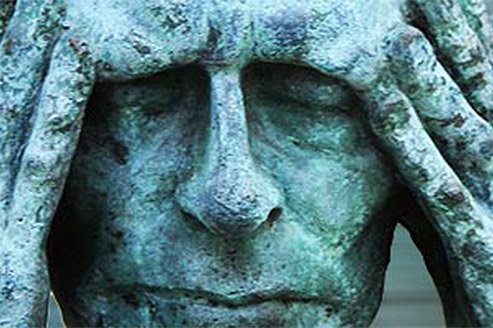 The FDA announced approval on May 17 of a novel preventive treatment for migraine headaches. Aimovig is the first in a new class of migraine-specific drugs that works by blocking an action of a protein that is increased in people with migraine during headache attacks.

A migraine is a chronic disorder of the brain with recurrent severe attacks, from one or two times a year to nearly daily. The main feature of these attacks is severe headache. Other common features are nausea or even vomiting. Many people have sensitivity to light, odors or sounds and are unable to carry on daily activity.

As a neurologist who studies and treats migraine, I am encouraged by the efficacy of this new drug and others that target the same protein. But there are limitations.

Migraine typically runs in families, with about 90 percent of people with migraine having close relatives with this disorder. It affects 1 of every 7 adults in the U.S. It is three times more common in women than men.

That doesn’t tell the whole story, though. According to the research group Global Burden of Disease, migraine was ranked the sixth most disabling disease. What is more, among neurological disorders, migraine is the second most disabling after stroke.

MORE HEALTH: Dodging dementia: More of us get at least a dozen good years

Individual migraine attacks can sometimes be successfully treated by over-the-counter pain relievers such as aspirin, acetaminophen or naproxen. These medications need to be taken early. They should not be overused, as overuse can cause more headaches. Some over-the-counter medications also include caffeine, which has the potential to trigger rebound headaches, especially in individuals who drink a lot of coffee or caffeinated drinks such as soda and energy drinks.

If over-the-counter medications are not effective, a class of drugs called triptans can be very effective. Triptans, the first drugs developed specifically for migraines, were developed in the 1980s and have remained the best option for treatment of individual migraine attacks. Triptans are not pain killers but rather work through serotonin receptors involved in the development of migraine.

Triptans can also cause medication overuse headache. And, they have the potential to cause the spasm of blood vessels. Therefore, triptans should not be used if a person has had a heart attack, stroke or peripheral vascular disease.

IN SOME CASES, PREVENTION A GOAL

If headache attacks are too frequent or not well controlled with acute therapies, preventive therapy becomes a priority. The goal of preventive therapy is quite different. Unlike acute therapies, these medications are typically prescribed daily to reduce frequency and severity of individual migraine attacks. Most commonly used medications for prevention of migraine are medications from three drug classes: anti-seizure drugs topiramate and divalproex/sodium valproate; the blood pressure drug propranolol; and some antidepressants, such as amitriptyline or nortriptyline. These medications can be quite effective in reducing headache days.

Yet they, too, all can have unwanted side effects. Taking medications daily can be cumbersome, especially if they should be taken several times a day. And, none of these medications work immediately, and it may take weeks to month to get their full effect.

And, fewer than half of patients have success with most of first line preventive daily medications.

COULD THIS NOVEL DRUG TARGETING CGRP BE A SOLUTION?

The protein that causes migraines, called calcitonin gene-related protein, or CGRP, was discovered in 1980. It proved to have a role in migraine when intravenous infusions of this protein triggered typical migraine attacks only in people susceptible to migraine, but not in healthy individuals. Currently, several drugs targeting CGRP are in the final stage of development. Some of the drugs are designed for acute treatment, because they work rapidly and get cleared relatively fast. These are small molecules that work against CGRP. These drugs are small molecules compared to CGRP antibodies, which allows them to penetrate brain and block painful effects of CGRP. As a drug class, they are called gepants.

Other drugs are designed using advanced technology to create antibodies against the CGRP peptide, blocking it completely, or blocking the receptor for CGRP. The end result is the same: They reduce the painful effect of CGRP in the body. These medications are called CGRP monoclonal antibodies. They have a structure similar to naturally produced molecules that bind to toxic or infectious agents, but they are designed to bind to only one protein and do not affect other functions.

These molecules are very large, and they do not penetrate the brain but rather block the effects of CGRP in the brain’s lining. These molecules are not cleared by the liver, which is why they may have less interaction with other medications. Because they are proteins, they have to be injected so that they are not destroyed in the stomach.

The good news is that they stay in the body for a long time, and they need to be injected very infrequently. Only one of these medications have to be injected through the vein, but the other three can be injected at home under the skin.

The newly approved medication Aimovig is largely designed as an antibody against CGRP itself and involves once-a-month injections under the skin using self-injectors with a hidden needle. Like any injectable medication, it can cause skin reaction. In clinical trials, that occurred in only 5 to 6 percent of participants.

Clinical trials show so far that all CGRP antibodies are very well tolerated and that fewer people dropped out from studies because of side effects compared to current daily preventatives. The convenience of monthly injections compared to daily medications is certainly an advantage. The drug seems to work faster, and the effect can become apparent after the first injection.

But as with any new medications that are only studied for a limited time in carefully selected individuals, one should be cautious. These medications do not prove to cure migraine. All clinical trials of these new drugs showed average reduction by one to two migraine days compared to a placebo. This is about the same reduction that was achieved in clinical trials of most of currently available daily medications. So the efficacy of new and currently available drugs is on average similar, although there is a subset of people who have outstanding response to the treatment and achieve complete freedom from pain. This is true for available daily preventive medications as well.

Another question is if these medications are safe for people who have coronary artery disease, stroke or peripheral artery disease. While monoclonal antibodies against CGRP do not cause spasm of the vessels, blocking the molecule that serves as safety mechanism during vascular emergencies, such as high blood pressure, heart attacks or strokes is a concern. Would this affect the outcome of these serious conditions?

Finally, these medications are very expensive. Aimovig in the U.S. costs $6,900 annually. Meanwhile, insurers likely will require trials of less expensive treatments with good evidence for their efficacy.

Keeping this in mind, we can celebrate a new chapter in migraine treatment with migraine-specific medicine, designed based on advanced knowledge of the science of migraines.