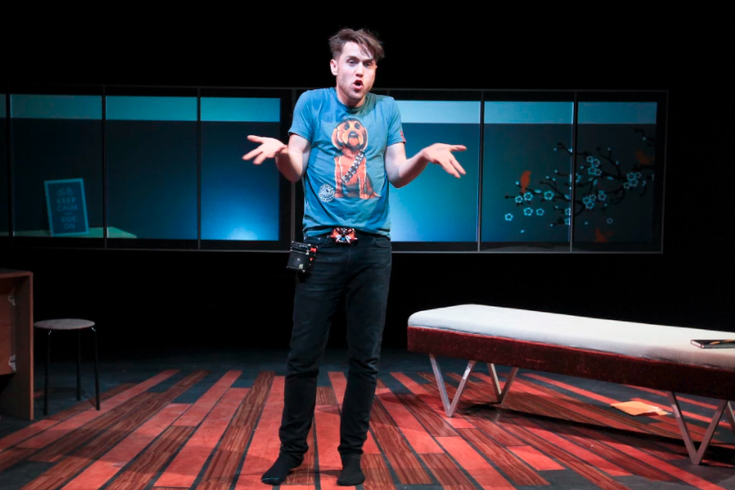 Andrew Carroll acts out "Misunderstanding, Didn't Understand," from the fourth episode of the "Mouthful" podcast as part of the 2016 Monologue Fest in Philadelphia.

Yvonne Latty comes to her role as producer and host of the new podcast, "Mouthful," with an impressive resumé: more than a decade as an award-winning reporter for the Philadelphia Daily News, author of two books on the struggles of American veterans, documentary filmmaker, and NYU journalism professor. But she insists that the most valuable experience she brings to the show has been raising her two teenage girls.

“As a mother, I’m seeing the effects of how the things that we’re hearing and seeing on TV and watching unfold around us are affecting my kids,” Latty says.

“I’ve always been fascinated by the insights my daughters have expressed into really complicated issues. I thought it would be a good idea to see how we could explore that. Young people have a lot to teach us.” 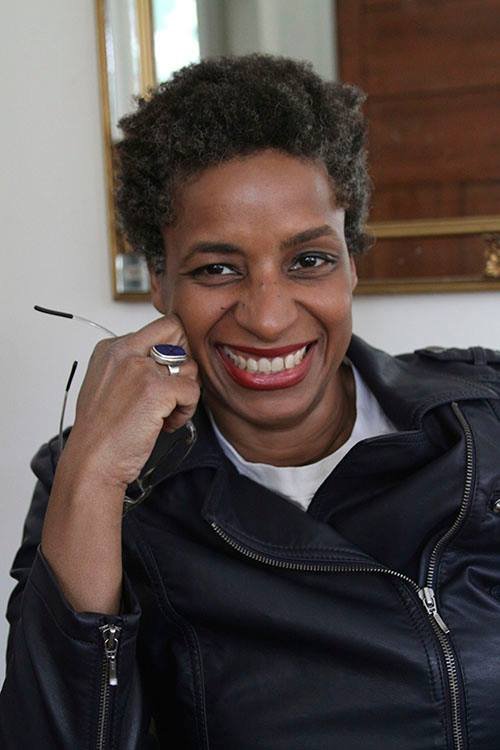 Latty teamed up with Philadelphia Young Playwrights, an organization that has used playwriting to teach and engage students in the city for nearly 30 years to produce "Mouthful." Each week, the show tackles a hot-button issue through a combination of performance and documentary. Since the podcast launched last month, coinciding with PYP’s annual Young Voices Monologue Festival, it has taken on transgender identity, stereotypes surrounding masculinity, eating disorders and community policing.


What really sets "Mouthful" apart is its use of theatrical monologues, penned by PYP students and read by professional actors, which supplement Latty’s reporting with unique perspectives. In the first episode, Scott Turner Schofield of "The Bold and the Beautiful" – the first openly gay transgender actor on daytime television – enacts a high school senior’s piece about their non-binary gender identity. Def Poetry Jam performer Dahlak Braithwaite reads high schooler Alex Papatolis’ comic monologue, “Misunderstanding, Didn’t Understand,” about a young man’s unease with rushing into sex in the third episode.

Latty says that one goal of "Mouthful" is to illustrate how artistic expression can help gain an understanding of such controversial topics.

“In the Philadelphia School District and in school districts around the country, the big cuts always seem to go to the arts,” she says.

“Whether or not you want to be a playwright or a painter or a sculptor, the arts are really important in helping you get in touch with what’s inside of you, and I think it’s really important to give kids that platform. It’s just not fooling around in a classroom, creating something that doesn’t mean anything. It can mean everything to them, and it can mean a lot to us, too, if we just take a minute and listen.”

Especially in the first episode, "One Hundred Sleepless Nights," about gender identity, Latty isn’t shy about admitting her own struggles to understand and keep up-to-date on current thinking and terminology – another area where her own daughters and other teens, who have grown up around these issues and people directly affected by them, have helped.

I’ve been feeling that people of my generation have kind of failed."

“I consider myself a very liberal, very open person,” she says, “and I have struggled with the pronouns and get things messed up in my head. It doesn’t come from a place of being mean or ignorant, it’s just a new language for my generation and I’m learning it through young people.”

The idea for "Mouthful" was sparked as Latty watched coverage of the 2016 presidential election unfold through her daughter’s eyes, realizing the disconnect they felt from the media’s approach to issues they were dealing with every day.

“I’ve been feeling that people of my generation have kind of failed,” Latty says.

“I’m looking for fresher perspectives on things instead of hearing from the same old people saying the same old things, and I don’t think anyone has more at stake right now than young people. This is the world they’re inheriting. The way they think about things is a lot less jaded, and there’s something in them that can make all of us a little innocent again.”

The kids who share their stories on "Mouthful" all hail from the Philadelphia area, which gives the show a coherent identity in line with the city’s own while using individual experiences to express universal truths.