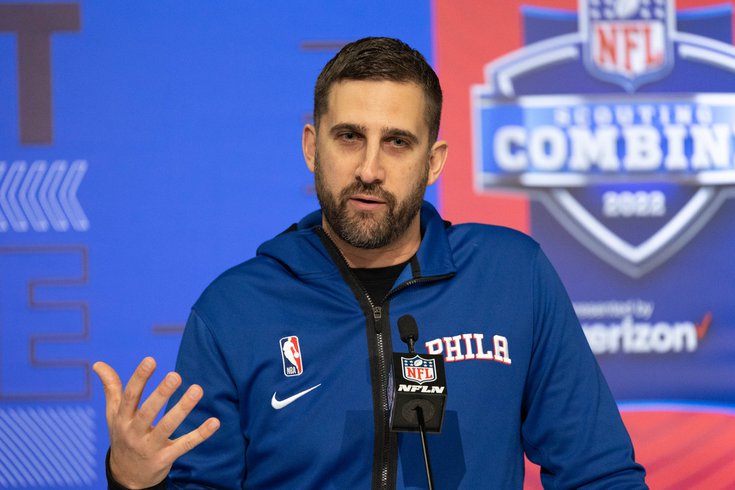 Nick Sirianni must have been the king of the playground in elementary school. No one appears to love playing random games for the sake of competitiveness more than him.

The Eagles head coach raised some eyebrows during the 2021 draft cycle when he challenged prospects to games of rock, paper, scissors during Zoom interviews to test their drive. I get what Sirianni was going for, but that was clearly something that would be ridiculed amongst fans and media members.

I had no qualms with it though.

Perhaps players think it’s odd – that’s an important component here – or it could be a source of levity and act as an icebreaker. I’d have to imagine there is some initial awkwardness for college kids speaking with NFL personnel they have no relationship with and that goes doubly so for when these talks were conducted over Zoom. Don’t the same routine questions that are asked of every prospect get tiresome at some point for both the organizations and the players? I don’t have the exact insight into how helpful Combine interviews are when it comes to player evaluations, but if a player is a gamer and gets into some silly game, that’s not a bad sign, right?

Sirianni and the Birds are at it again during the 2022 NFL Combine.

North Carolina quarterback Sam Howell, who may go in the first round, said that he interviewed with the Eagles and the team had him shoot basketball on a mini hoop:

“I only made like 2 of 5, so I’m probably not high on their board right now” 😂 😂 pic.twitter.com/7q3oyexQbg

Shooting 40 percent from the field isn’t ideal, but at least Howell was hoisting shots up willingly unlike that one basketball player who just left Philly.

It’s pretty easy to see that Sirianni is a goofy guy, but that’s a term of endearment in the Ted Lasso mold. He panders. He wears t-shirts with his own players’ faces on it. He’s in Indianapolis for the Combine during a year where the Eagles have three first-round picks and can completely change the trajectory of the franchise and he’s wearing a sick Nike Sixers zip-up hoodie because Wednesday is the biggest Sixers regular season home game in two decades.

I wouldn’t mind going up against Sirianni in a little Pop-A-Shot competition. We should square off at Dave & Buster’s. Am I a good basketball player? No, not really. Am I good at dumb, stupid games like this? Well, I’m not great, but I’m better at these fake sports than I am at real sports.

Hey, if Sirianni is maximizing the offensive talent on this roster and making the playoffs again, I’m not quite sure what Eagles have to complain about when it comes to little quirks like this.