And as his team cruised to a big win, the Philly rapper even 'Dabbed' for the crowd 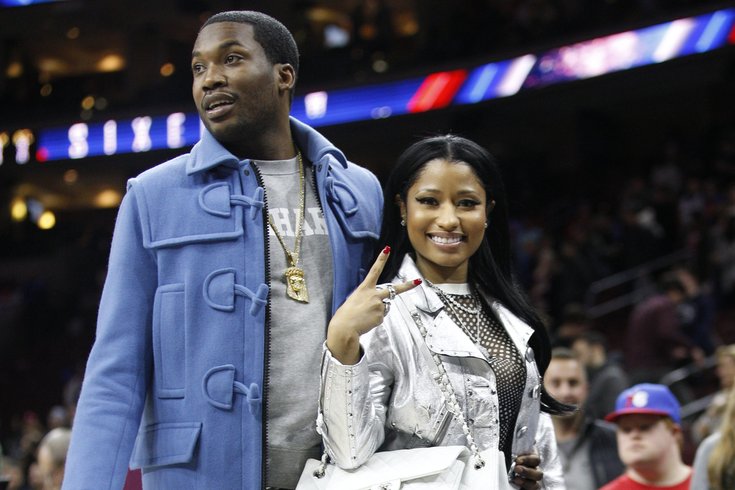 Philly rapper Meek Mill nearly saw the Sixers win their fifth game of the season on Thursday against the Bulls. But after watching them blow a 24-point lead, he decided to come back for more on Saturday night when they hosted the Portland Trail Blazers.

Only this time, he had company.

The 28-year-old brought girlfriend Nicki Minaj along. And the location of their seats -- right next to the Blazers bench -- proved to be a strategic one for his Sixers. They clearly distracted the Portland players. How else do you explain the 25-point win, the Sixers' biggest of the season?

Here's a better look at couple...

I wonder if Meek recommended the Crab Fries, and how much she liked them...

The Sixers put on a show for not just the A-list couple, but for all the fans in the attendance, as they built a 31-point lead and cruised to a 114-89 win. And Meek, who earlier in the day dropped a surprise EP, seemed to be enjoying himself.

He even "dabbed" for the crowed when they put him on the big screen.

[I thought Hilary Clinton officially killed "the dab" a few days ago, but I'll always defer to Meek on such matters.]

Nicki Minaj and Meek Mill weren't the only stars at the Sixers game. Mo'ne Davis, the star of the 2014 Taney Little League team that took the region -- and nation -- by storm, was also in attendance, as was Temple grad and ESPN anchor Kevin Negandhi.